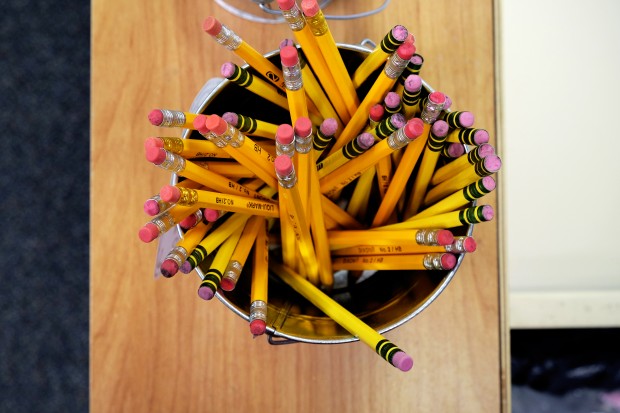 Members of the State Board of Education will decide whether or not to earmark funds to support some of Indiana’s formerly failing public schools. (Alexander McCall/WFIU News)

Although we’re in the midst of summer, Indiana’s top school officials have a lot to think about as the next school year approaches.

In particular, members of the State Board of Education will decide whether or not to earmark funds to support some of Indiana’s formerly failing public schools during Wednesday’s SBOE meeting in Muncie, Ind.

Melissa Ambre, Indiana Department of Education’s director of school finance, asks the board to dedicate nearly $8.7 million to four schools in Indianapolis and Gary, in memos dated June 22.

If approved, the department would dedicate $1.5 million over the next six months to Emma Donnan Elementary and Middle School, $2 million to Thomas Carr Howe Community High School, $2.7 million to Emmerich Manual, all in Indianapolis, and $2.5 million to Theodore Roosevelt Career and Technical Academy in Gary.

“The Department respectfully asks the Board to adopt the Department’s recommendations,” wrote Ambre in the memo.

As we’ve reported, Indiana has had three types of turnaround models:

Under state law, the education department must make support payments to turnaround schools every 40 days. If approved, the school turnaround payments to would begin on July 15 and be adjusted based on student head counts in September and February.

The funds are supposed to aid school operators in a number of areas, including raising test scores, transforming instruction and adjusting school climate.

The state board of education will also consider approval of new multilingual proficiency rules, new consultant positions in Gary and adjustments to the Spring 2016 ISTEP.