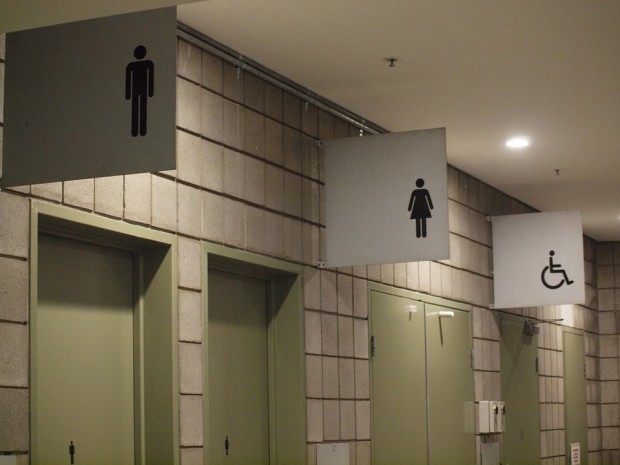 Some Indiana lawmakers are pushing back against the White House guidance that public schools allow transgender students to use bathrooms that match their gender identity. (Pixabay)

The Obama administration guidelines that say schools must allow transgender students equal access to bathrooms has come under fire in a federal bill proposed by an Indiana congressman.

“It’s irresponsible for the Obama Administration to begin this social experiment in the bathrooms of our nation’s elementary schools,” said Messer, in a statement. “Decisions of this magnitude should be made at the state and local level by people who will put the interest of our kids ahead of political ideology.”

But across Indiana, lawmakers search for answers of their own. For state Rep. Ed Delaney, D-Indianapolis, the idea of transgender students is nothing new.

“People have been able to deal with it and they can deal with it,” said Delaney, in a phone interview.

He says Messer’s bill, and similar backlash against transgender students’ rights, are “unnecessary.”

“I don’t think there’s a lot or people trying to encourage people to masquerade in restrooms,” said Delaney. “We’re creating a lot of fear when there’s no reason for any fear.”

Other lawmakers like state senator Travis Holdman, R-Markle, agree with Messer that decisions should be made locally.

“Whoever owns the bathroom sets the rules for the bathroom,” said Holdman. “The last place we need the government intruding is in our toilets, OK?”

Holdman sponsored legislation last year that would require transgender people to live as their preferred gender identity for a year or produce evidence, like a doctor’s note, that he or she is actually transgender, before filing a discrimination complaint.

[pullquote]”The last place we need the government intruding is in our toilets, OK?”[/pullquote]

“We’d like to be able to accept the word of students but we know that students are up to a little bit of chaos sometimes,” said Holdman.

But Holdman is not the only state lawmaker that disagrees with Ritz and IPS officials.

“These new federal guidelines concerning the use of school restrooms and locker rooms is another example of extreme overreach by the Obama administration,” said House Speaker Brian C. Bosma, R-Indianapolis. “I fully support Congressman Luke Messer’s move to block these rules and keep these decisions at the state and local level where they belong.”

Other national Indiana figures have chimed in too. Lauren Beebe, a spokesperson for Indiana Rep. Todd Young, R-9th District, said he believes decisions at local schools should be made by local leaders, not the federal government.

“In the past he’s opposed heavy-handed federal mandates on the states,” said Beebe, in an email.

“This announcement violates the Constitution and is based on politics, not what is best for our students,” said Coats, in a statement. “Washington bureaucrats do not have the authority to dictate restroom policies at Indiana schools.”

Coats was among a group of 25 senators who sent a letter to U.S. Attorney General Loretta Lynch and U.S. Secretary of Education John King decrying the directive.