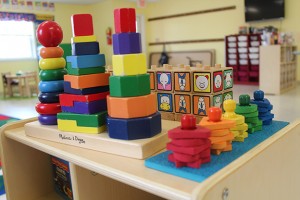 More kids in Indiana are enrolling in preschool programs and more are attending a program accredited through the state’s Paths To Quality ranking system. The annual Kids Count report from the Indiana Youth Institute released these figures Monday. The report compiles data about Indiana’s children across various subject areas, including economics, health, education, safety and communities.

Monday’s report stated the demand for preschool programs currently outpaces the supply. Indiana’s available early childhood programs only serve about 11 percent of the children in need of care.

“There are not enough child care slots in formal care to accommodate the number of low-income children who have all parents in the labor force,” the report states. “In Indiana, there are 19.9 slots in licensed child care per 100 children ages 0-5, a rate that has remained consistent for at least the past decade.”

And while the available spots for child care remain the same, the preschool landscape is changing. The number of high quality programs is increasing, with more preschool programs being accredited through the Paths to Quality system. Less than half are unaccredited now.

In recent years the state has been pushing to improve the pre-k landscape, establishing the PTQ ranking system and more recently the pre-k pilot program, On My Way Pre-K. Students enrolled in this program are just a fraction of the low-income kids that are eligible, but the program has prompted a shift to raise more providers to the state’s high quality standards. Currently, five counties are serving as pilot counties for a state funded preschool program.

This is reflected in the report, which states a 25 percent increase from 2011 of preschool providers being part of the PTQ system.

The rate of early childhood providers earning national accreditation is also higher than the national average, with 14 percent getting the highest accreditation compared to 10 percent nationally.