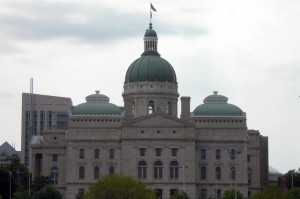 As promised, bills to protect schools and teachers from the expected drop in ISTEP scores are moving swiftly through legislative chambers.

Now that they have passed through their originating chambers, the two bills are on their way to the opposite side of the legislature for approval.

Sen. Dennis Kruse, R-Auburn, authored the Senate bill and will be the sponsor for HB 1003 in Senate. He says he doesn’t have plans to make changes to that bill as of right now and all legislators are trying to get finalized versions of these bills to the governor’s desk by the end of January.

These bills come after the 2015 ISTEP+ scores released this month dropped significantly compared to previous years. Many agree these scores are not an accurate measure of learning because the test was given in a new format and there were some technical and administrative challenges. The 2015 test was created to match new state standards written after Indiana left Common Core.

As SB 200 and HB 1003 were introduced this week, state superintendent Glenda Ritz called for the creation of a panel to form plans for a  different type of state assessment. This panel would discuss a new testing option for after the state’s current contract with Pearson ends in two years.