Most likely, the image you have of Gary, Indiana is not a positive one. You might have some preconceived notions – and that might not be your fault. What we hear about the city of Gary usually comes in the form of news reports about crime, dwindling industry, or most recently the failing schools.

But the perception of Gary and the reality appear to be in a sort of disconnect: many residents really see the school community as one with a lot of promise – they seem to have faith in what district administration, teachers, parents and students are trying to do.

Check out our series of stories from inside the Gary Community School Corporation – a district many agree is in need of repair. You’ll get to know the neighborhood and the people fighting to make it a better place. 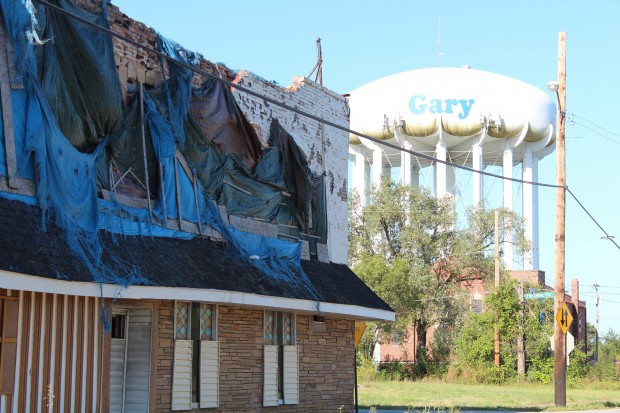 Listen to the audio versions below, and click on the titles to read the individual stories. You can also read the entire story in full here.

Gary has experienced a host of economic and social issues for quite some time. How do urban leaders plan to fix things? State Senator Earline Rogers says she thinks it all starts with the schools.

Schools mirror the community. So we’re working on making changes as a community, and as the community gets better then hopefully the schools get better.

Enter the city of Gary, and take a look around. What you see may not be what you get – Gary is a city many residents say is misunderstood.

Part 2: Getting to Work 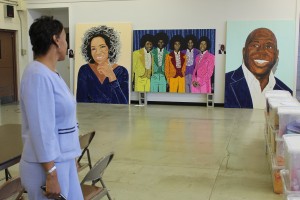 To many, Dr. Cheryl Pruitt stands out among other important Gary residents and benefactors, including Oprah, the Jackson 5 and Magic Johnson. (Photo Credit: Rachel Morello/StateImpact Indiana)

Dr. Cheryl Pruitt is a product of the district she now heads. During the course of her career, she has also taught and served as an administrator at several Gary schools. She says she never planned to become superintendent – it’s one of those things that “just kind of happened.” And, she says, it’s home.

Despite her love for the city, she’s not in denial about the problems its school district faces.

I’m probably not the traditional superintendent, because I have debt, I have funding, I have education – and then I have the negative publicity, the vouchers, the charters, the takeover – it kind of all just goes together in my head.

Visit the various GCSC schools at Dr. Pruitt’s side, and hear what she has to say about their challenges and successes.

While the rest of Indiana struggles with a teacher shortage, we don’t know what that will look like in Gary. One has to wonder: with the way the district and its city have been struggling, how much talent will they actually be able to recruit?

For the first time in 20 or 30 years, a big group of Gary’s teachers are moving on, creating openings for new blood. So this year, Superintendent Pruitt and other GCSC administrators are making sure all district teachers – young and old, new and returning – are on the same page.

“You got to get out of what you think and what you been doing for 40 years and we gotta move over here, or else you need to go home. Getting just that mindset – fixed mindset to a growth mindset, so that people can see us someplace else.”

Read about the “fixed” vs. “growth” mindset approach, and see how Gary’s teachers are adopting the latter into their daily methods. 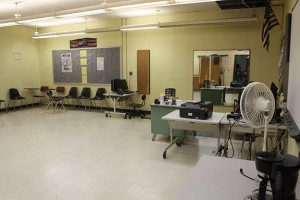 One of the biggest challenges in Gary is crime – and unfortunately, it’s a problem that has seeped into the schools. Gary has always had police officers patrolling the halls to help keep students in line – but now they’re trying a different approach.

The district’s new security system relies instead on “school resource officers” – policemen like Officer Nate Harris specifically trained to deal with students in the school setting. Harris says this new title reflects a bigger systemic change within the district: giving students the tools to make change in their own right.

That’s what the resource program is about – we’re now part of a process of their education.

We couldn’t leave Gary without meeting one of the biggest characters around: “Officer Friendly.” Along with the district’s 27 other security crew members, he is working to make students feel safer – and more in control of their own education. 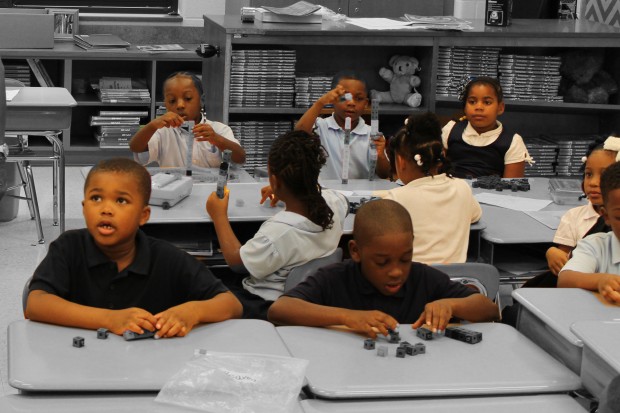