Indiana policymakers are focusing a lot of their attention lately on the different diploma options offered to Hoosier high school students. After the original draft for new choices came down from a committee of educators and business leaders, members of the public had a lot to say about he proposed changes – so much so that the State Board of Education decided to send them back to the drawing board. Over the next two weeks, we’re taking a deep dive into some of the ideas that have been brought forth, why they are so controversial and what they mean for preparing Indiana’s students to be college- and career-ready. Check out our previous stories on arts and math requirements. 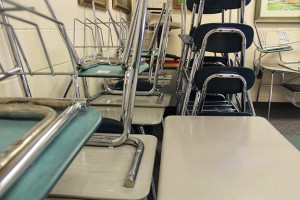 The beauty of school is that it gives students an opportunity to learn skills and study subjects they might not otherwise be exposed to.

At no level is this more crucial than in high school, a student’s last chance to try different things before narrowing down a college major and eventual career path.

As policymakers consider overhauling Indiana’s high school diplomas, many wonder whether those options for discovery will become limited.

Bluffton High School senior Jacob Ehle will graduate next May. After that, he has a very specific – and unique – idea for his future.

“I plan to attend the University of Saint Francis [next year] and study radiologic technology,” Ehle says confidently, explaining that people with this background take X-rays, MRIs and tech scans in hospital settings.

But this wasn’t always the plan.

“I started out with a bunch of things. At first I wanted to do law enforcement/criminal justice, then I moved to physical therapy assistant, and now I’m at radiologic technology,” Ehle lists.

Arriving at this decision took some time, as well as trial and error. Ehle has taken his fair share of elective classes that helped him land on his intended major – everything from weightlifting to law enforcement to foods and nutrition. He says the ability to try his hand at all of these subjects added a lot to his high school experience. 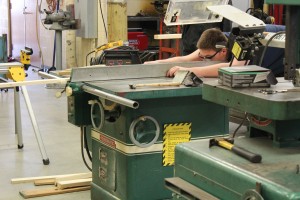 And he’s not alone. His classmate Marcus Morgan dreams of working as a sports broadcaster for ESPN, and says he looks forward to a speech class he’ll take next semester. Fellow senior Kathryn Geimer plans to study neuroscience, and says her coursework in science subjects has provided a great primer.

“I feel like I’ve been prepared very well for college,” Geimer says. “I have never not been able to take classes that I’ve wanted to take.”

Bluffton High Guidance director Jodi Leas helped all three students draw the maps of their high school careers since they were in eighth grade. She says she thinks the variety of course options before Ehle and his classmates allow most to arrive at a decided major before graduation.

“This might be the first time a student gets to take something like interpersonal relationships, or a foods class or something like that,” Leas says. “A high school student, I think that’s the best, cheapest place for them to have exposure to that kind of stuff.”

But the abundance of options schools like Bluffton might be able to offer could change if Indiana policymakers approve a slew of new high school diplomas.

Policymakers and education leaders have been working to craft a new set of credentials. The new recommendations condense Indiana’s offerings into three options:

It’s not just the names of the diplomas that are changing. The current draft of new graduation requirements asks students to take more math classes and complete clusters of credits that fall into academic categories.

But will these new options actually restrict flexibility? 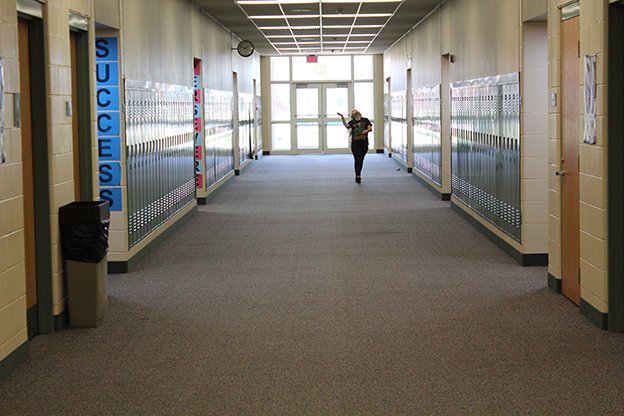 Todd Bess, executive director for the Indiana Association of School Principals, says he thinks they might.

“Best case scenario, a student leaves high school with a much clearer understanding of what they think they want to do.”
—Jason Bearce, Indiana Commission for Higher Education

“I think some of the concerns that we hear from educators center around the flexibility for students to take the courses they want to take while still earning the diploma they want to earn,” Bess relays. “We have to remember these are 14- and 15-year-olds entering into a high school, lots of interests, lots of challenges, and they mature at all different rates, so our diploma options need to reflect [that].”

But Jason Bearce of the state’s Commission for Higher Education says specialization is not the intent. Bearce has been part of the state’s Core 40 Subcommittee, a subset group of the Indiana Career Council charged with creating the new diplomas.

“We’re not talking about choosing a college major in high school, what we’re saying is generally speaking, it’s in a student’s best interest by the end of high school if they’ve narrowed down to one of a handful of broad paths,” Bearce explains.

He says the hope is that if students choose a direction early on, they will be less likely to change their major once they reach college. This, Bearce says, will mean lower tuition costs and a higher likelihood that students graduate college on time.

But Jodi Leas says that reasoning goes out the window with high school students.

“These students want to explore in high school. They want to take this, and that, and the different opportunities.”
—Steve Baker, Bluffton High School principal

A recent report from the independent nonprofit Achieve Inc. says among the 50 states and District of Columbia, the class of 2014 graduated with one of 93 different diplomas. Researchers say in states with more than one option, students and families often don’t fully understand the implications of selecting courses and what those choices could mean for their options post-high school.

“For students, and their parents, this variety of diploma offerings can lead to misunderstanding and misinformation about the difference between diploma options and how different diplomas support different postsecondary plans,” researchers write.

Indiana is one of 26 states in which students have multiple diplomas to choose from. Only six other states have as many or more choices as the Hoosier state: Florida, Mississippi and Ohio grant four types, and Alabama, Louisiana and Wyoming each award five.

Bluffton principal Steve Baker says when it comes to high school students, the goal shouldn’t be where they end up after graduation, but that they experience new things along the way.

“The students are saying, ‘Let us explore, that will prepare us for a career, for college, for what we want to do,'” Baker says. “If the people making those decisions aren’t listening to students, they’re making these decisions for the wrong reasons.”

Baker says the specificity required of students in the draft of new diploma outlines is unnecessary. As an example, he cites requirements in the proposed Workforce Ready and College and Career Ready diplomas that call for students to select a six-credit course sequence.

Here’s the language for requirements in the current General diploma:

“Selecting electives in a deliberate manner to take full advantage of college and career exploration and preparation opportunities.”

Baker points out that this existing language works to benefit students like Jacob Ehle, who used the flexibility afforded in his class schedule to tailor

“People will say, ‘well, if they’re doing taking a career sequence, then they’re not going to be as prepared for college,'” Baker says. “You just heard – people like Jacob, ‘I took law enforcement, now I didn’t want to do it.’ So he went into foods. That would not fit a pathway.”

“I feel like sometimes it’s just a check in the box or a stamp that says ‘got this done, got this done,’ instead of allowing the kids to have some options,” says Jodi Leas.

State Superintendent Glenda Ritz will convene a new committee to rework the original diploma recommendations. A new draft of suggestions is expected in April.