The Indianapolis Public Schools Board approved a framework Thursday that starts the reinvention of the district from a traditional school corporation of top-down management into a network of autonomous schools, including schools run by independent companies. 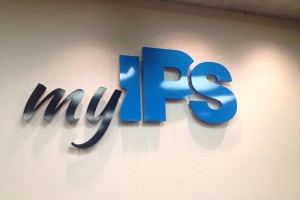 District leaders say this gives individual principals or management teams power to craft a unique culture, set academic goals and in some instances, operate outside of collective bargaining agreements for teachers.

IPS has already begun to sign pacts with charter school companies to share buildings and services and to restart one elementary school with long-time academic failures. Two recent state laws have paved the way for these changes.

IPS Superintendent Lewis Ferebee said earlier Thursday that the status quo has not worked and the district “D” grade by the state is proof.

“We are definitely reinventing ourselves — but we have to… The fundamental challenge that the commissioners and I share is we don’t have a great school in every neighborhood. In a district with 80 percent poverty that should be at the forefront and it is,” he said. “You don’t hear parents come to the podium and say they want their child in a failing school — it is the opposite. I think this is the plan that will help create the options for every child.”

Yet some are questioning whether the district-wide push to give all schools more freedom from district constraints and allow new schools be created by outside groups will negatively impact poor and minority children — the majority of IPS’ student enrollment.

A group lead by the Greater Indianapolis NAACP and the Concerned Clergy of Indianapolis say the plan could lead to cultural biases in testing and poor students being pushed to the side.

Commissioner Sam Odel hit back against those claims which have gathered some traction in the past few months and said the shift in district management was not based on race.

“We have some of the best schools in the and and some of the worst schools,” Odel said, adding that schools of poor, minority children should be taught by teachers can innovate like those at the district’s top programs. “I will not stand by and let them stay in those poor schools any longer than we have to.”

The board approved the framework 6-1 and is expected to fine-tune it over the next 18 months. Though new types of schools now allowed by the plan are expected to open in the 2016-17 school year, district officials say.

Commissioner Gayle Cosby was the only no vote. Levels of autonomy, Cosby said, are already granted at schools like Arlington Woods Elementary School and the three Center For Inquiry magnet schools which have shown strong academic growth.

Her concern is that the so-called “innovation network schools” — those where teachers are hired by a non-profit school manager and are not part of the district’s union contract — will lead to a fracturing of schools in the district.

These type of schools have their own board and the IPS Board grants them an operations contract based on predetermined standards.

“What you have is the collection of public tax dollars to support these schools that have a separate governing body,” Cosby said.

The plan also shifts how schools are allocated funding by the central office.