The National Assessment of Educational Progress (NAEP) is a test taken by students from all 50 states, and is widely considered the standard for comparing student achievement across the country.

The test demonstrates what American fourth and eighth graders can do in math and reading. The current version of the federal No Child Left Behind law requires NAEP be administered every other year – the last time students took it was in 2013. 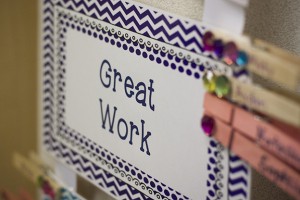 As a whole, the country wasn’t too happy about how U.S. students fared this time around. For the first time in more than 20 years, scores dropped in fourth-grade math, as well as math and reading for eighth graders.

But here in Indiana, Gov. Mike Pence applauded Hoosier students for their performance.

Indiana students scored the same or better than the national average in all four categories. The state maintained its fourth place national ranking for fourth-grade math, and jumped up from 19th place in 2013 to now 11th for eighth-grade math. In reading, the Hoosier state ranked 10th for fourth-grade reading and 16th for eighth-grade reading, up from 15th and 27th, respectively.

“Every Hoosier should be proud that Indiana’s kids and teachers have once again outperformed their peers in this year’s ‘national report card’,” Pence said in a statement. “It is clear that by raising education standards in Indiana, we are setting the bar high for Hoosier students.”

The rankings may look impressive, but Indiana’s actual scores have not changed all that much. NAEP data analysts say the state didn’t see any significant score gains in any of the four categories from the 2013 exam.

“Indiana has traditionally been a bit above the national average, which is actually pretty good given that socioeconomically, we are below the national average,” says IU School of Education professor Peter Kloosterman. “But there’s no easy explanation to why Indiana is a little bit better.”

Mark O’Malley, Indiana’s NAEP coordinator, told Chalkbeat Indiana‘s Shaina Cavazos that the change in Indiana’s is “likely due to chance”:

However he said that’s not necessarily a bad thing given the state’s more challenging academic standards and big changes to state tests that can cause some chaos in the classroom.

“Indiana held on and plateaued,” O’Malley said. “The state assessment is up and down, and in the classroom it’s just so chaotic and frustrating. The students were able to hold on to their student performance in the NAEP assessment, and all the other states around us, their scores went down dramatically.”

Kloosterman says although NAEP is technically a level playing field, it still has a few inconsistencies. So what, if anything, can Indiana draw from its results?

Not much, Kloosterman says.

“I don’t see anything unique to Indiana, other than encouraging education and making that a priority,” Kloosterman says. “We know after the economic downturn, scores flattened out. We know that when we’re putting less money into families and schools, we don’t do as well.”