Students in Shelby County will soon be able to attend college locally for free.

Both the Shelbyville City and County Councils unanimously approved a plan that will pay for two years at Ivy Tech Community College for local students who qualify – one of the first initiatives of its kind in Indiana. 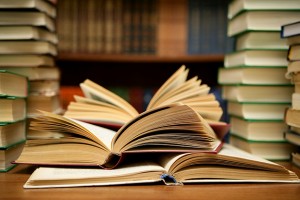 Using funds largely received through the Indiana Grand Racing Casino, the “Advantage Shelby County” program will cover whatever costs federal Pell grants will not over two years. Local high school graduates can qualify if they enroll full-time at Ivy Tech, maintain a minimum 2.0 GPA and satisfactory academic progress benchmarks, and complete a minimum of 10 hours of community service per semester.

The program will be open to students pursuing degrees in Advanced Automation and Robotics Technology, Business Administration, General Studies or Transfer General Education Core. According to Dan McGowan at Inside Indiana Business, city and county council members selected these pathways with help from industry representatives.

Shelbyville Mayor Tom DeBaun describes his industrial town as a blue-collar community. He says the program will address a main concern for all area industries: maintaining a sustainable workforce.

“We know we’re not Indianapolis, we know that we’ll never have that downtown nightlife. We know that we won’t have the appeal of a Chicago or a San Francisco or a New York City,” DeBaun says. “But what we want to do is have the job opportunities and the community amenities to bring those kids home when they’re ready to raise their families. And to do that, you’ve got to have quality of place and job opportunities.”

DeBaun says he hopes a significant number of local kids will take advantage, but even if they don’t he says it could get them thinking about college. Only about 28 percent of area graduates go on to further their education past high school.

Many people see programs like this – and the initiatives Shelbyville used as models, such as the Tennessee Promise and Kalamazoo Promise in Michigan – as the direction in which education is moving, what with skyrocketing levels of student debt across the country.

“I believe that every community that is trying to see an economic development advantage is going to be looking for ‘that thing’, and when we can show that this is working I think other communities will start paying attention,” DeBaun says.

And education leaders on the state and national levels agree – including President Barack Obama. He came to Indiana back in February, paying a visit to the Ivy Tech campus in Indianapolis to tout his own plan to make community college free for all students.

Shelby County officials hope to start the program in January 2016.