She is the first candidate to emerge as a challenger to current superintendent Glenda Ritz, a Democrat. Ritz is seeking her second term after dropping a bid for the governor’s seat.

Nominees will be chosen at state party conventions next year. 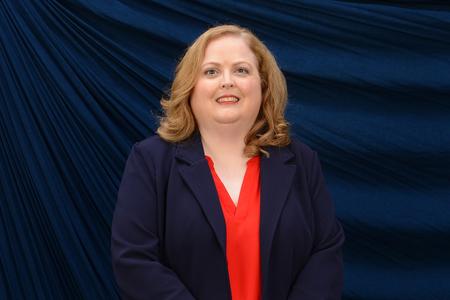 Dawn Wooten is the first Republican to present herself as a candidate for state superintendent of public instruction in 2016. (Photo Credit: Dawn Wooten Official Campaign Website)

Wooten’s name might be familiar to some because she served on Indiana’s College and Career Readiness Panel – the group that prepared a new set of state academic standards after Indiana’s 2013 exit from the Common Core. During that stint, she visited the Department of Education offices at the statehouse in Indianapolis – and that’s part of what compelled her to run.

Wooten has a degree and a background in management – a skill she sees as crucial for the person occupying the office of superintendent. That, she says, is what sets her apart from Glenda Ritz.

“The Department of Education is a huge department to manage in terms of human resources and money, and with her not having that experience I think it made it difficult for her to try to learn how to do that and try to get her policies initiated,” Wooten explains. “I can jump into that. I have that to bring to the table, in addition to my education experience, so I think I’m more well-rounded in terms of the job as a whole.” 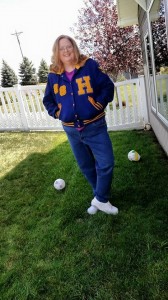 Wooten says in both her current and past positions as a college-level educator, she’s seen what comes out of Indiana’s K-12 system. As an adjunct faculty member at IPFW, Wooten says she encounters many students who enter college in need of remediation – something she says needs to change.

In addition, Wooten homeschooled her own daughter and nephew for a number of years, during which time she used the Indiana state standards and textbooks as well as reviewing local curriculum. She says this experience gave her an awareness of what is actually going on in the state’s public schools.

And what she sees is an aggressive push on the part of the state and federal government on standardized testing – which she says has forced educators to “teach to the test.” That’s why teacher autonomy is one of Wooten’s top priorities.

“My number one priority is to kind of change the thinking about achievement testing,” Wooten explains. “The state and the federal government are so worried about student test scores, that if they really want to get those to a higher level, they need to realize that teachers cannot teach to a test adequately, and students don’t respond to that.”

“There was a time in this state when achievement testing was done once every two or three years, and it was more than enough,” Wooten adds.

Here’s a quick look at where the candidate stands on other top education issues:

Wooten says she plans to visit as many school districts as she can to speak with teachers and other educators about their experiences and how the IDOE can better serve them. She also posted a slate of free surveys on her website to gather voters’ observations and thoughts.

“I don’t think a good leader in education can be so if they don’t know what the people are thinking, and I really want that information,” she says.

“Hoosier voters have confidence in Glenda Ritz because as superintendent of public instruction, Ritz has fought to strengthen Indiana’s public education system, focused on getting results, and has stood up for our students when they needed it the most,” Anderson said in a statement. “We are confident she will be reelected in 2016.”

So far, Wooten is the only Republican who has officially declared an intent to challenge Ritz for the superintendent’s seat. Other names some experts have tossed around include state Rep. Wendy McNamara, R-Mount Vernon, as well as two of Ritz’s fellow State Board of Education members: Avon elementary school teacher Sarah O’Brien and Huntington middle school teacher Cari Whicker.