Last week, Indiana education officials held their breath as they waited to hear whether they’d made a critical error in developing the state’s A-F accountability rules.

It’s a system that’s been in flux for many of the past several years, change happening right alongside other big administrative shifts for Indiana schools – which caused some confusion and put policymakers, teachers and parents on edge.

That’s where we come in.

Let’s take a look at a few of the most frequently asked questions from last week, try to calm some nerves and get our bearings on the current state of Indiana’s school accountability system.

A: Since Indiana first adopted the process of assigning annual school accountability grades in 1999, policymakers have tweaked how those grades are calculated on several occasions. Most recently, in 2013 the General Assembly asked the State Board of Education to totally rewrite the formula, after Indiana dropped the Common Core and adopted a new state test.

After an extensive retooling process, that rewrite is ready – it’s set to take effect beginning next school year. In the meantime, Indiana is still operating under the old set of A-F rules.

The middle of last week, news broke that legal officials had been asked to look into a potential problem with that process. The issue at hand was whether the State Board correctly followed the letter of the law in transitioning from the old system, whether the timing of certain amendments they made voided the existing accountability system.

If that were the case, it would mean Indiana schools might not receive a grade this year.

Later in the week, the state’s Attorney General took a stab at the law, and he said it’s valid. His staff sent policymakers a letter Friday, in which he also recommended the legislature consider passing a law next year to reaffirm the State Board’s authority to assign A-F grades. 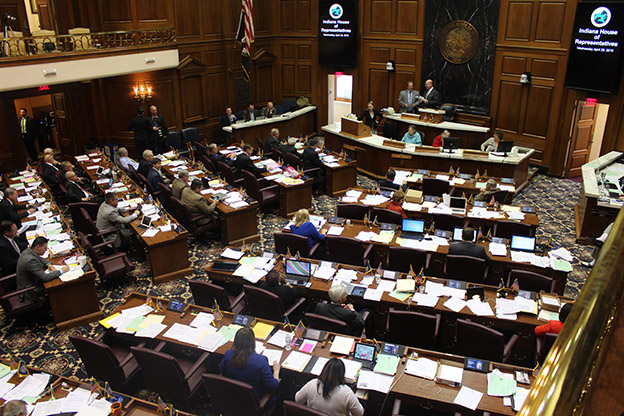 Q: Will schools be receiving grades this year?

A: The short answer? Yes. But it’s complicated.

This goes back to a decision the State Board made in July. The federal Department of Education gave states some leeway with accountability during transition periods for standards and assessments. This is exactly Indiana’s situation right now, so state officials are considering taking advantage of the flexibility.

Indiana’s Department of Education came up with a list of 12 viable options that would fit within federal restrictions, so as not to jeopardize the state’s No Child Left Behind waiver. The option they recommended is called “hold harmless” – which would assign each school the better A-F grade received between the 2013-14 and 2014-15 school years.

The State Board asked the Attorney General to weigh on the legality of pursuing this option, and in the same letter his office sent out regarding the A-F law, he said that option is not supported by current statute:

“…even assuming for the sake of argument that data from multiple years could be considered for purposes of grade calculation, we do not believe schools could be treated differently in this context, which would be the case if some schools are graded just based on ’14-’15 data, and others are graded based on multiple years’ data.”

This isn’t final yet. Deputy Attorney General Matt Light wrote that the Attorney General hopes to finalize an opinion to send to the Department of Education and the State Board before the board’s meeting next week. 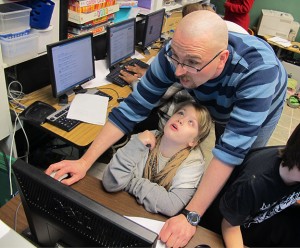 Q: So it’s safe to assume this will be something the board will talk about at that meeting. Is there anything else on their agenda as far as A-F is concerned?

A: As has become customary, the group is set to get an update on the status of grades for last school year.

Here’s where things get even more complicated: schools still don’t have those grades, and they might not for a while. First they’re waiting on ISTEP+ scores – and as you might remember, testing company CTB encountered some problems grading new technology-enhanced questions, so schools might not get those scores until closer to December.

Lawmakers say this is unacceptable because of the greater ramifications grades have for schools – on things like ­teacher evaluations and teacher pay.

“The last thing I think we want to have is performance pay to be delayed because of the fact that there’s been problems with the grading of the test,” says Rep. Bob Behning, R-Indianapolis. “It’s supposed to be distributed by December 31st. And frankly, I would assume most educators just like most people, it’s kind of a nice thing to get before Christmas, and I think that many of us would like to do what we can to make sure that that happens.”

As we’ve reported previously, CTB will no longer be the state’s test vendor – that job will now belong to Pearson. So as the state moves forward with them to work on yet another new version of the ISTEP+, we’ll see how the timeline for test scores and, in turn, A-F grades affects that process.

Have more questions about school accountability, the ISTEP+ transition or something else? Interact with us in the comments section below, follow us on Facebook or tweet us @StateImpactIN.