School is back in session for members of the Indiana General Assembly.

The interim study committee on education met Tuesday for the first of four scheduled meetings following up on the 2015 “education session.” This time around they focused on special education, specifically how services are delivered to the state’s youngest learners and how those services are funded. 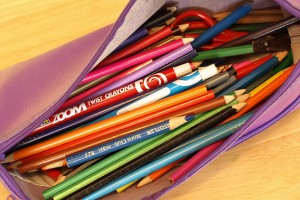 Children requiring special education services are separated into different groups based on their identified needs – for example, learning disability, speech delay, autism spectrum disorder, mild cognitive delay or other health impairment, just to name a few. If specialists are unable to narrow down a child’s specific issue, they are simply identified as “developmentally delayed.”

Research has shown that you can only acquire an accurate assessment of a child’s IQ after age eight; up until that point, it’s just an estimate.

For that reason, for the purposes of funding, all preschool-age kids in Indiana are counted simply as “developmentally delayed.” Schools receive the same rate of funding: $2,750 per child to help serve the student, no matter his or her disability.

As students move up to kindergarten and beyond, they are funded differently. K-12 schools receive funding for special education based on divisions of these groups into three categories:

There is no “developmental delay” category in Indiana once a child reaches kindergarten – therefore, no corresponding funding exists for kids who may not have reached a point in their maturity where experts can assess their specific disability.

Sen. Pete Miller, R-Avon, says it’s that gap in funding that he hopes to address, so that no kids have to fall through the cracks.

“A handful of these kids will go back into a mainstream classroom and a year or two later, we’ll identify some other disability, and then they’ll come back,” Miller explains. “It would be best if those kids were served all along, as opposed to not getting those services.”

Pam Wright, director of special education for the Indiana Department of Education, suggests the legislature remedy the funding gap by appropriating an additional $4 million to increase services to kids ages five to seven whose needs go unspecified past preschool.

“To me, it’s not as much a matter of the dollars, it’s a matter of being able to continue to categorize a child as needing special attention,” Miller says.

Wright told the committee that 170,465 students between preschool and grade 12 receive special education programming throughout the state. 17,931 of those children are preschoolers – and of those youngsters, 4,197 were diagnosed with developmental delays that may or may not qualify them for state-funded special education once they reach kindergarten.

A handful of committee members expressed concern that the state might not have accurate data on how many children in the state actually have developmental delays, since we know there is a vast group of kids who are unable to access preschool.

Roni Embry of the Indiana State Teachers Association echoed that sentiment, pointing out that the compulsory age for school attendance in Indiana is seven.

“If the child has had services [from ages three to five], then the child has to show that they’re not successful for the first two years [of K-12], because you have to show there’s a deficit in services,” Embry says. “You’re already setting a child up for not liking school.”

Sen. Miller says he hopes to address these concerns as he moves forward. He says he’s not sure whether the committee will introduce a bill next year, since it’s not a budget year, but he’s open to the possibility.

“Perhaps there is $2 million that’s still in an education account that’s related to disabilities – maybe we could kind of ramp this in and raise it to age six next year, and then in the budget year go to seven or eight or whatever is appropriate,” Miller says.

The study committee will meet twice in September to discuss the state’s testing program and school reporting requirements, and once again in October to discuss data related to possible teacher shortages in Indiana schools.