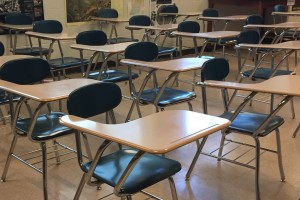 Legislative leaders are asking the Interim Study Committee on Education to look at the teacher shortage issue in Indiana during this year’s summer study committees.

In a letter sent to House Speaker Brian Bosma, R-Indianapolis, Thursday, Rep. Bob Behning, R-Indianapolis, and Sen. Dennis Kruse, R-Auburn, said they would like the legislature to “proactively address this issue” after many news organizations (including StateImpact) reported the most recent data from the Department of Education showed licenses issued to new teachers over the last four years declined 62 percent.

The letter also recognizes that education programs at higher education institutions in the state are seeing declining enrollments, including a 45 percent decline at Ball State’s elementary program over the last 10 years.

Behning says he’s recently heard from superintendents in his district who are having trouble hiring teachers because of this shortage.

“They did say they’ve had significantly more difficulty getting, especially secondary, educators in STEM areas…but it is becoming a greater problem,” Behning says.

The legislators write in the letter what they hope to accomplish regarding this topic if a study committee is permitted:

“It would be helpful to receive testimony from experts, and from the field on why teacher enrollment and licensures are dwindling. We believe it is important to have a plan to the matter issue prior to the 2016 legislative session, and studying it during the interim could be a key component in crafting that plan.”

Behning says different actions the General Assembly may be able to take would be providing incentives to stay in the classroom for up to five years or grants to get certified in high-need teaching areas like special education or STEM areas.

Summer study committees begin in August, and the first education committee is set for Aug. 11 at 1 p.m.