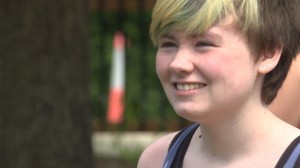 Issac, 16, identifies as a transgender male and attends Owen Valley High School in Spencer. He is part of Prism Youth Community, which is creating a training program for teachers to better interact with LGBTQ students. (photo credit: Casey Kuhn / WTIU News)

The emotions of a teenager are not simple to understand. As they move away from childhood and morph into an adult, the confusion invades many aspects of their lives, including their classrooms. For students recognizing their sexual orientation or gender identity, this confusion is intensified. As the students struggle to embrace this part of their life, teachers also struggle to understand the challenges LGBTQ students face.

The Prism Youth Community, a group for LGBTQ youth from seven counties in south-central Indiana, recently received a grant to close that gap by creating a training program for teachers throughout the state, with the hope it will improve the school life for LGBTQ students.

About a year ago, then-15-year-old Issac decided to join the track team at Owen Valley High School in Spencer. There was only one problem – he didn’t know whether he should join the boys’ or the girls’ team.

“I went to the doctor because you have to get a physical before you can join any sports team and at that physical I asked my nurse practitioner what gender dysphoria was and if she could send me any resources,” Issac says.

The information the nurse gave him catapulted Issac into the realization he identifies as a transgender male. Soon after, he began his transition from female to male.

We’re not using Issac’s last name because other transgender teenagers have been bullied on social media when they’ve spoken out.

In addition to figuring out the right sports team to join, Issac faces a lack of knowledge from teachers and other school staff that make it difficult for him to feel comfortable at school as he moves through his transition. For example, the school won’t change his name on the official roster.

“So I have to re-introduce myself to new teachers and be like, ‘No, my name’s Issac — not my birth name,’ and they say, ‘Well, you don’t look like an Issac,'” he says.

Issac is a part of Prism Youth Community, a group of 12 to 20-year-olds from Monroe, Owen, Lawrence, Brown, Morgan, Greene and Bartholomew counties. Many of the other members of the group have similar stories to Issac.

One member says he asked his high school principal to consider creating a gender-neutral bathroom, and the principal told him the school’s concern was it would be used for students to smoke or have sex in. 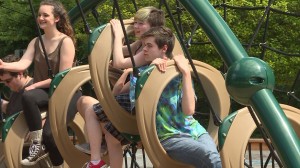 Prism members say comments like that make them feel like they can’t be themselves at school because the adults in the building don’t understand a part of their identity.

“We don’t by any means think that the teachers get up and they’re like, ‘How can I be offensive?’” says Prism Program Director Laura Ingram. “It’s a lack of knowledge and education, and that’s what we’re hoping to do with some of this.”

By giving teachers more information, the students hope to reduce instances of using the wrong name or pronoun, not letting students use the bathroom they want or assuming a student will attend a dance with a date of the opposite gender are common interactions LGBTQ teens have with teachers.

Through a grant from the City of Bloomington, the Prism members will create free, online resources for teachers and other youth serving professionals across the state that will help them better understand LGBTQ issues and how to properly address them at school.

The resources will be divided into online modules so teachers can access whatever information they need at that time. The modules will include information explaining different facets of gender and sexuality, but will also inform teachers about how to handle specific scenarios, such as how to address a transgender student or ask questions that aren’t offensive to students.

The idea of a resource like this comes as a relief to Elizabeth Sweeney, an English teacher at Bloomington High School North

“As someone who really believes in equality in all its forms, I have been struggling to understand a lot of it,” says Sweeney. She says over the last few years, as more students have come out, she’s struggled with knowing how to be a helpful and effective educator for them. “Just things such as should I refer to this young person as a boy or girl? Should I use he or she? And I have been really trying to learn about how I can support these students, what to do about them.”

She says with more information, she will not only be able to better interact with students but can help classmates of LGBTQ students understand one another better to reduce bullying.

Ingram says one of the important outcomes of the training modules’ release is making LGBTQ students feel welcome at school. Many of the students she interacts with report not getting involved in extracurricular activities or skipping school because they feel unsafe or unsure they will be accepted. 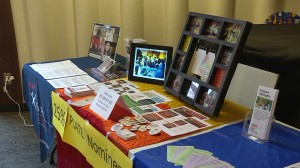 This struggle is all too familiar to Issac, who not only struggled over his choice to join the track team, but says if it were easier to convince his parens to skip school he would have.

“Before I came out, the months before that, were really rough on me, psychologically and mentally,” he says.

Sweeney says if a students feels they can’t speak up in class or feel unsafe because other students make fun of them or use offensive language, they can’t focus on school.

Prism’s Program Director Laura Ingram says not only does a student’s academic performance suffer if they feel unaccepted, it hinders them from experiencing an important part of the teenage years: developing their social skills.

“I hate that they’re missing out on things that maybe they really want to do or their focus is elsewhere rather than just being kids,” Ingram says. “So we want school to be safe for them, we want them to join clubs, have fun, go to dances and all of those things and not have to worry about is that something they’re going to get made fun of for, or the adults there are not going to advocate for them.”

The group plans to have some of the online training done by the end of the summer, so teachers can use it before the new school year.