We’ve been talking a lot about money leading up to, during and now after the conclusion of the 2015 “education session.” 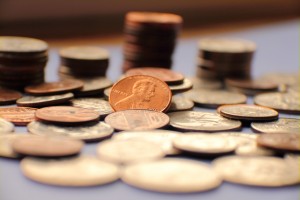 That’s because lawmakers spent a good deal of time this year reworking the way schools are funded – not just traditional public schools, but charter schools too.

These institutions saw a pretty big swing in their favor in the state’s new biennial budget: they can now receive additional money to pay for things like buildings, technology, and transportation – money they couldn’t previously access.

Not everyone likes charter schools, or believes that they should be handed public funds, but others say the move could serve as a pretty big incentive to not only to draw more charter schools into Indiana, but to keep the schools that are already here – and their traditional counterparts – performing at a high level.

Mariama Carson stands in an empty parking lot on Commercial Drive, off of I-465 on the north side of Indianapolis. She looks up at a building that sits on the south end of the lot, among a series of strip malls. This particular space sits between a small Chinese restaurant and an abandoned H.H. Gregg grocery store. 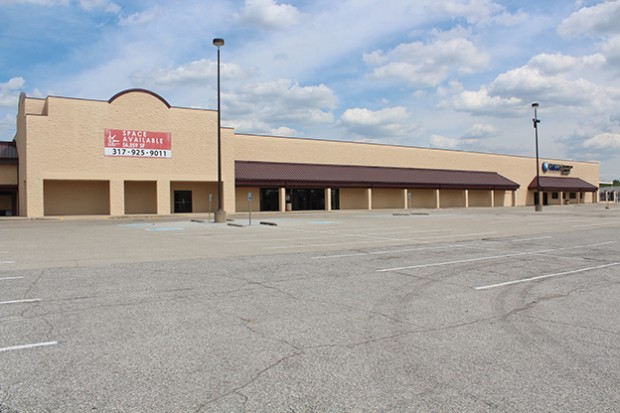 A vacant space at 3695 Commercial Drive that Mariama Carson is considering for her proposed charter school, set to open in 2016. (Photo Credit: Rachel Morello/StateImpact Indiana)

“A former Hobby Lobby,” Carson explains. “That’s what I know it as. I was a teacher down in this area, and I remember coming here to get crafts and things for the classroom.”

Carson, a former school principal in Pike Township, points to a different sign now atop the building entrance: “For Lease: Space Available, 56,000 square feet.” She says the space might be an option for Global Prep Academy, the proposed charter school she hopes to run.

“I think they’re waiting for it to be revived, and I’m hoping that this kind of space would be great for a school to revive the area,” Carson says.

3695 Commercial Drive has been empty for a long time; the last time Carson says she remembers coming in for craft supplies was maybe 10 years ago. In fact, five or six other retail spaces beside it also boast bold-faced “For Lease” signs.

Despite the vacancies, Carson says this area – dubbed the “International Marketplace” – is exactly the type of environment she’s been looking for to house her proposed K-8 school for dual language learners.

“The International Marketplace collectively is the most diverse pocket in the entire state of Indiana,” Carson recounts. “Wanting to have a school that’s in close proximity to the demographics we’re going after, it’s this place.”

But there is a major factor standing in her way: cost.

“The total for the whole project from the renovation standpoint was like $4.5 million – that’s just renovation, not even for the building,” Carson says. “To buy it is like over a million dollars.”

Carson is not alone in her struggle. Plenty of charter school leaders have a hard time finding a suitable, affordable building appropriate for running programs and educating their students.

That’s where the General Assembly’s new plan comes in.

To understand what’s different, its important to first understand how the system used to work.

All schools receive some base tax levy dollars automatically. As a result of property tax reform in 2008, if traditional public schools need more money for capital projects or building improvements, they can propose a referendum on their local ballot during election season and let voters decide whether or not to grant that request.

Up until now, charter schools didn’t have that same ability. If they needed additional funds, they had to pay for projects out of their per-pupil allotted state funding. Under the new biennial budget bill, they can now be eligible for money to act as a sort of “property tax replacement.” 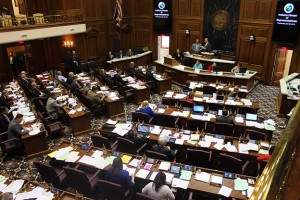 The Indiana House of Representatives meets on the last day of the 2015 session. (Photo Credit: Rachel Morello/StateImpact Indiana)

The new Charter and Innovation Network School grant program gives charter schools $500 extra per student in state funding  – but only if they’re considered “high-performing,” earning an A, B, or C on the state’s school grading scale. Schools that earn a D or F can qualify only if they can prove to the State Board of Education that they are performing as well as or better than the nearest non-charter public school.

“Say they came from an F district and they were progressing forward, they could be eligible for this grant also,” explains Rep. Tim Brown, R-Crawfordsville, the House budget author. “That’s the idea of charters – to use a different way, a different teaching method, have a different structure so that kids can excel in a different environment.”

Charters are also eligible for the money if they are in their first two years of operation, or if they serve a population that is mostly made up of students with developmental, intellectual or behavioral challenges.

Michelle McKeown, general counsel for the Indiana Charter School Board, explains that this money will be earmarked specifically for capital investments, capital projects, technology and transportation.

“Those would sound familiar to folks who follow school funding because those are the purposes for which traditional school corporations are able to use the tax levy dollars,” McKeown says.

The General Assembly also approved a new Charter and Innovation School Advance Program. Under this initiative, charter schools will be able to receive a loan from the state’s Common School Fund for up to $5 million. The same eligibility criteria apply, but there is no limit on what they money can be used for, and the state constitution requires that schools do pay the full amount back to the state.

“We know traditional K-12 students have $3,000 per child, on a statewide average, to support their education – that $3,000 per charter student isn’t there,” Rep. Brown says. “So it’s an attempt to have some more equity in funding.”

“It’s a nice position for all of us to say we’re helping,” says House Speaker Brian Bosma, R-Indianapolis. “It’s not at the expense of traditional public schools, and I think it’s going to be very helpful.”

Perhaps one of the most common arguments against extra funding for charter schools is that they don’t always perform better than the traditional schools they claim to supplement.

Michelle McKeown says that’s why the quality eligibility requirement is such a crucial element of these new programs. 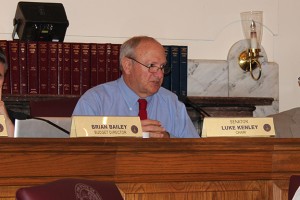 “Given that there was some criticism against the idea of just giving all charters across the board extra money to try to address the fact that they don’t get any property tax dollars, this, I would think, mitigates some of that concern,” McKeown says. “It’s only giving additional monies to quality school options for families.”

“This is a good healthy competition,” Kenley says. “If you get the charter schools to actually fight for this money to outdo them, then we’re the winner – the taxpayer and the citizen. And those kids that get a better education are the biggest winner. I’m kind of interested to see if this will work.”

“I initially pulled out the calculator and was like ‘how much does this mean?!'” Mariama Carson exclaims.

Should Global Prep qualify, Carson says the school stands to get about $100,000 from the new grant program. But that still won’t make it possible for her to buy the former Hobby Lobby building on Commercial Drive. However, she says it could help loosen the belt for other resources.

“One of the things we are trying to provide is transportation, so it means we can be more fluid with our routes and how many buses we put out there to be able to bring our children into the school and remove that obstacle for families,” Carson says with a smile. “We could look to now have a parent liaison. We could look to have assistants in the K-1-2 classrooms, and things like that. So that additional money is huge, because it just frees up possibilities.”

The charter for Global Prep Academy is up for approval by the Indianapolis Charter School Board June 2. Carson says she’s crossing her fingers for a ‘yes’ so she can get to work figuring out her budget and finding the right space for the students she hopes to serve come 2016.