Changes to school funding statewide are forcing many Indiana school corporations to reevaluate how they spend their money, but families supporting those districts don’t always support their decisions.

This week, Indianapolis Public Schools announced it is cutting back on some of its music program offerings – and not everyone is happy about the changes. 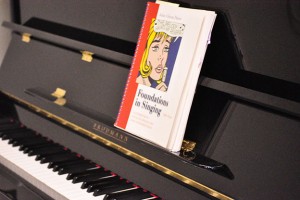 The shift comes as a result of tweaks to the district’s staffing system. Right now, many IPS schools share music educators, who split their time between multiple buildings. This means some schools – specifically those with lower enrollments – don’t have a dedicated, full-time music teacher.

The new “model” seeks to streamline this, giving each school its own full-time music teacher. It’s a change taking place at the elementary school level only.

IPS spokesperson Kristin Cutler says no school will lose music entirely, but some may lose specific classes based on who they keep on for the full-time position.

Schools with higher enrollments will also be given an additional financial allocation that can be used to hire a second music teacher to support programming and scheduling needs. Cutler says that decision will be left up to individual school principals.

The same staffing formula will affect art and gym departments as well. Cutler says as far as she knows, neither art nor physical education teachers have “specialty” licenses, so those programs won’t be affected in the same way as music.

Many people are upset about the shift.

Scott McCormick, founder and president of the National Association of Music Parents, based in Fishers, says it frustrates him any time a district moves in this direction because of the proven benefits of arts education.

“The facts are out there that the students that are involved in music and the arts and participate through their high school years are those that are scoring the best on [standardized] tests,” McCormick says. “That they would cut those programs that are supporting the kids’ success at the creative level just seems to be counterproductive.”

“We are looking to create kids that are…having to use all portions of their brain and reasoning and critical thinking – music is one of those subjects that kind of captures all of that,” McCormick adds. “Those kids that are involved are having great success, whether they go on to music or not in their future, it is preparing them for success for their future.”

Chalkbeat Indiana‘s Hayleigh Colombo spoke to an IPS school official who says she’s even concerned that the changes could hurt IPS’ enrollment in the long run:

School board member Gayle Cosby said she was unhappy with the decision. School autonomy should result in more program choices for schools and kids, not fewer, she said.

“We all know that parents base school decisions off of these kinds of offerings,” Cosby said. “Here we are again, making decisions about autonomy without a full understanding of autonomy as a board. I’m concerned that we are once again putting the cart before the horse.”

IPS will see a decrease of about $16.9 million in state funding over the next two years, as a result of changes lawmakers made to the school funding formula during the most recent session of the General Assembly. Urban schools took arguably the largest hit within the latest version of the biennial budget, and according to the Indy Star, IPS received the state’s only double-digit cut.