As Indiana students continue to take the statewide ISTEP+ test, State Board of Education members continue to search for ways to modify the assessment to make it less stressful, costly and weighty. 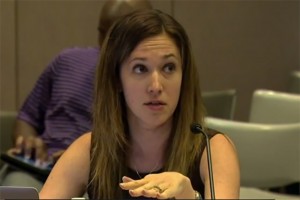 Board member Sarah O’Brien, an elementary school teacher in Avon, released a proposal Wednesday afternoon to trim the length of future ISTEP+ tests, as well as eliminate other “planned and unnecessary tests.”

“I share the concern of teachers and parents about the amount of testing being forced on our children, especially following the surprise doubling of the ISTEP+ test this year,” O’Brien said in a statement. “The Department of Education has initiated many new tests and extra sections that go beyond what is required. My resolution would prohibit the state from finalizing a contract for those new tests.”

The board will have a chance to vote on the proposal during its April 1 meeting.

Last week, the Department of Administration announced their recommendations for providers to administer various statewide tests through spring 2017, including the ISTEP+. The contract for that test alone is estimated to cost the state $38 million over the next two years. Concern about the price tag dominated much of the board’s conversation at their March meeting.

Details of the annual ISTEP+ have received a lot of scrutiny in recent months, especially after an uproar over testing time just weeks before students sat for part one of the exam. Board members, Department of Education staff, Governor Mike Pence and members of the General Assembly scrambled to figure out and approve methods to cut three hours off of the nearly twelve-hour test, with help from two national consultants.