Think about what it might mean to “get ready.”

When you prepare to leave the house in the morning, you might take a shower or pour yourself a cup of coffee. If you’re gearing up for a job interview, you might dry clean your suit or update your resume.

What you do depends on which situation you’re preparing for – which is part of the issue with the phrase “college and career ready.”

It’s one of the most common expressions in modern-day education lexicon. Most states – including Indiana – boast “college and career ready” academic standards, and emphasize preparation for both pathways as the end goal of a student’s K-12 education.

But what does the term mean, exactly? How a student “gets ready” for college could be very different from how they prepare to go directly into the workforce – is it possible to be ready for both at the end of one’s K-12 experience, or are those objectives at odds with one another?

To better understand the phrase, let’s break it down – or rather, let’s see how state and national education leaders define it: 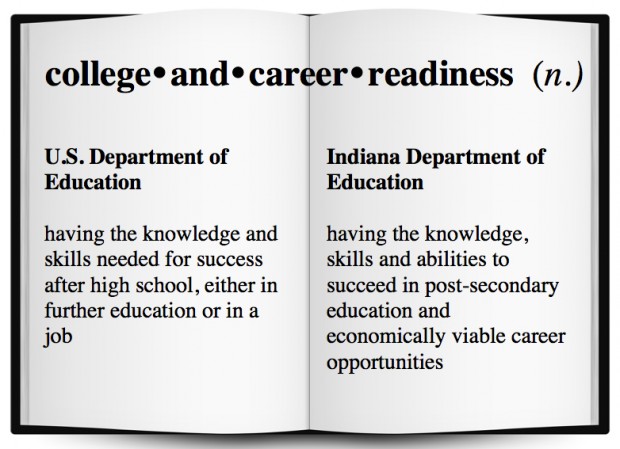 Among the fifty states’ definitions, the College & Career Readiness & Success Center at the American Institutes for Research finds the following common components:

Indiana’s Commissioner for Higher Education Teresa Lubbers says the closest the state comes to defining college ready is to say that a student starts college without need for remediation. And she says that’s happening more these days – the latest College Readiness Report found more than three-quarters of Indiana high school graduates are prepared for college-level coursework.

However, Lubbers points out that preparedness can be different for each student, each K-12 school and each college and university.

“Are they prepared to do college-level work at some place? And then, are they prepared to do the kind of college-level work at the specific school they want to attend?” Lubbers explains. “Admissions requirements will continue to be determined by the colleges and universities, and what’s important for us is to make sure that students understand early what they need to do to match where they want to go with what their preparation is.”

The term “career ready” is equally complicated and it’s a favorite of Indiana Governor Mike Pence, a staunch advocate for career and technical education in the state’s high schools.

Pence recently announced a goal to graduate 100,000 more students with an industry-recognized certification by the year 2020.

Is it possible to be ready for both college and career at the end of high school, or do these goals work against one another?

“I don’t think they’re at odds, but I do think you have to explain to people what I would call ‘career pathways,'” Commissioner Lubbers says. “What you want is to make sure that students have the opportunity, based on their own aspirations and hard work, to continue in a career pathway, so that no matter where you enter into a career, you have the opportunity for economic advancement.” 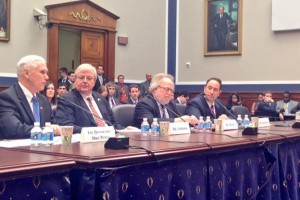 When senators asked Gov. Pence whether his goal of defining career pathways through expanding vocational education comes at the expense of academics, he said he didn’t see it that way.

“I’m someone who believes that our schools should work for all of our kids regardless of where they want to start in life,” Pence says. “If they want to head off to college at one of our great public universities or private colleges, we want every student to be ready and know those doors are open. But what we’re doing is really trying to say we want schools to work [for] kids that want to get a job.”

This has been the mission of Indiana’s eleven Regional Works Councils, groups the governor assembled after he took office to bring the state’s educators and employers together.

‘It doesn’t look the same for all kids’

Individual schools and districts have taken it upon themselves to establish connections with the workforce, as well – and they say it’s a good way to help students make choices concerning college and career.

The Vigo County School Corporation recently partnered with an international robotics company to help the local high school start its own robotics program in 2015. The company will offer an industry certification that district career and technical education director Doug Dillion says students can carry with them to either college or the workforce. 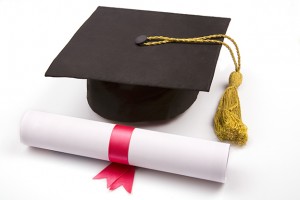 “It’s kind of funny, everybody says college and career ready, but even college ready should be career ready,” Dillion remarks. “Every kid’s eventual goal should be to have a career, because eventually everybody needs to make a living.”

At Noblesville High School, juniors and seniors have the opportunity to intern with local businesses – something principal Jeff Bryant says helps students identify where their future lies. And ultimately, he says, that goes hand in hand with the primary goal of school – preparing kids to be productive employees and members of society.

Bryant adds that exposing students to the workforce can help them identify what path they intend to take. For example, Noblesville senior George Wright says before starting his internship with a local electric company, he hadn’t planned on going to college – but the experience changed his mind.

“I wanted to be an electrician. Then I started doing the internship, and I was like maybe this isn’t for me,” Wright says. “If you’re like me – you take the internship and decide it isn’t the way to go – you did minimal damage.”

What about the kids who aren’t immediately ready to go into college or a career? Does the focus of the standards apply to them?

JT Kohlmeyer, a middle school literature & language arts teacher in South Gibson County, says the focus is too much beyond the scope of what his students are working toward – their next step, which is high school.

“I think at the high school level there is that interest in looking at college and looking at different jobs, different careers you can get into. But when you’re at the middle school level, they’re still kids,” Kohlmeyer says. “High schoolers are looking at the bigger picture. Seventh and eighth graders focus on the now.”

@morellomedia My middle schoolers are focused on goal of getting to high school. They aren’t all ready to focus on college/career.

Instead of using the phrase “college and career ready,” Kohlmeyer says he refers to content standards as “learning targets.”

While college or career might not be the next step, Commissioner Lubbers says it is the end goal, which is why it’s important to start talking about pathways at an early age. This process begins as an exploratory phase in elementary school, when teachers can begin exposing them to what kinds of jobs exist. This allows students, as they progress through middle and high school, to become more focused on specific subjects they find interesting.

In fact, Hoosier students are becoming more focused on specific fields at an earlier stage. The recent Indiana College Readiness Reports also show a decrease in the number of students entering college in an exploratory way.

“We are dependent on what comes to us from the K-12 sector.”
—Teresa Lubbers, Indiana Commissioner for Higher Education
Commissioner Lubbers says Indiana’s biggest challenge, is helping students identify an economically viable pathway to make a living whether they’re coming out of high school or college.

“Our challenge of course is a high school diploma was adequate for even most of the second half of the 20th Century, and that was based on our state’s economy,” Lubbers says. “I would say that Indiana ranks in the top ten of innovative strategies aligned to student success, in particular I’m thinking student success at the higher level, but we are dependent on what comes to us from the K-12 sector.”

And what comes out of the state’s K-12 sector is rapidly changing. This is the first year Hoosier schools have used the new Indiana Academic Standards – so it will still be a few years before we know how successful they are in preparing kids for the next stage in life.

And colleges may need to adjust as more evidence about students’ preparation becomes available. This isn’t only an issue in Indiana – a recent report from POLITICO found that colleges across the country have done little to align their curricula or educational policies with new standards taking hold in a number of states:

Experts warn that the inertia could make for a bumpy transition for high school students moving on to higher education. […]

“It’s not just that people don’t agree on what ‘ready’ means,” said David T. Conley, a University of Oregon education professor who has researched both Common Core and college readiness. “It’s that most of the definitions of ‘ready’ are far too narrow, and we don’t gather data in many key areas where students could improve their readiness if they knew they needed to do so.” […]

“Higher-ed folks are definitely motivated to try and figure out how they can make requirements more clear to the K-12 sector,” said Julie Ajinkya, director of community partnerships at the Institute for Higher Education Policy. “There are just a number of complications.”

The first class of high school graduates to go onto college with at least four years of the new Indiana Academic Standards under their belts will be the Class of 2018.