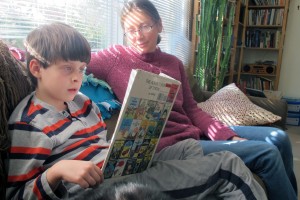 If you’re a parent trying to prepare your child for the spring ISTEP+ test, you may be at a loss.

Maybe you got a letter from your child’s school this week, but it didn’t include the usual “make sure your child gets plenty of rest and eats a balanced breakfast.” Instead, it probably included a list of uncertainties about this year’s exam.

No one seems to know what students should expect and the testing window opens next week. How did Indiana find itself in this situation?

A Trip Down Memory Lane

If you trace it back, this all really started when Indiana pulled out of the Common Core national standards. When that happened, the state had to write its own new standards, and a test to match them. Because the process was so rushed, there was no time to pilot the new questions.

The solution: include pilot questions within the new test.  Students would be subjected to a lot more questions than would actually count toward their scores – so many new questions that the length of the test actually doubled.

But that wasn’t common knowledge until the end of January. That’s when the Department of Education mailed timetables to school districts across the state.

“We expected more rigor, we expected more item complexity to increase, but we really hadn’t been told that the duration of the assessment was going to be vastly expanded,” says Scott Smith, the Director of Assessment for Brownsburg Community School Corporation.

It’s understandable that Smith and other educators were startled with they opened their letters from the IDOE. The estimated time it would take third graders to complete the test jumped to twelve hours – up from five hours last year.

The Pushback Against A Twelve Hour Test

Once word about the test’s length was out, parents and educators took to social media to voice their frustrations. Then on Feb. 4 they gathered en masse to testify at a State Board of Education meeting.

It was at this moment Governor Mike Pence got involved. He called a press conference and announced students would not be sitting for a 12-hour test.

“Just moments ago I signed an executive order, using my authority as governor to shorten the test and lessen the burden on our kids, on our families and on our teachers,” Pence said during the press conference Feb. 9.

The order allowed for the state to hire two national testing experts who reviewed the ISTEP+ and made recommendations, which the IDOE adopted, for making the test shorter.

But the testing window opens next week, and the legislature still has work to do to allow the IDOE to make the changes so schools can properly administer the test.

As politicians and Department of Education officials race against the clock to get ready, students and parents are waiting in limbo.

Putting Students and Schools In The Middle

Jenny Robinson sends her three kids to public school in Bloomington. She worries all of the media attention and drama surrounding the ISTEP+ is adding to the pressure her kids already face when they sit down to take a standardized test. 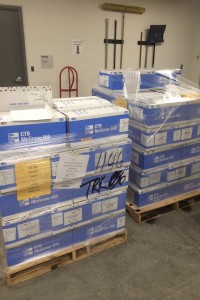 “I think they’re aware that their schools are going to be judged according to how they do,” Robinson says. “My daughter can read and does read the paper, and she can see schools are being graded based on how children perform on ISTEP+.”

Even with the changes the IDOE adopted, the test will still clock in at around eight hours. That has nothing to do with pulling out of Common Core or piloting questions – that’s the standard for everyone. The testing expert Pence hired said getting the test length down into the single digits put Indiana on par with every other state testing Common Core or other more rigorous standards.

The immediate concern now is how schools will get everything updated before the window opens next Wednesday.

The IDOE says districts will receive further instruction this week about how to move forward.

Smith already knows the turnaround is going to be too tight and at his district students won’t being taking the test until March.