Despite reports that a majority-Republican Congress likely means President Barack Obama’s budget proposal will be “dead on arrival,” he is pushing for more spending in many areas, including education. 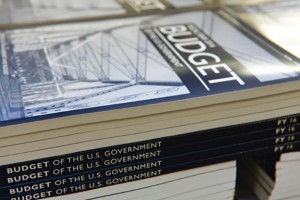 If President Obama gets his way, the federal Department of Education will get $70.7 billion in funding for fiscal year 2016. That’s $3.6 billion more than the agency currently receives.

Education spending only makes up part of President Barack Obama’s nearly $4 trillion plan, but it’s a significant chunk of change. We won’t take you through every cent, but here’s one thing you should keep an eye on: higher education. Getting a degree (and helping students pay for it) is one item taking center stage for Obama and his education secretary, Arne Duncan, in this budget session, to the tune of $4.3 million.

Here are a few ways they plan to help out:

President Obama will likely detail some of this postsecondary spending when he visits Ivy Tech Community College in Indianapolis Friday. Details have not yet been confirmed, but White House sources say the commander in chief will “talk about how to prepare Americans to earn higher wages and the importance of making paychecks of working families go further.”

Since this is arguably the last presidential budget proposal Obama will hand out before the race for 2016 gets into full swing, the priorities he sets now will likely become conversation pieces during that election cycle.

Congress will dive into the president’s request right away, but there is no set date for passage.

As for Indiana, Gov. Mike Pence presented his budget to the Indiana General Assembly last month, which also includes a lot of education line items.