This is an update from a story we posted on Thursday, October 2. You can find the original story here.

The National Alliance for Public Charter Schools released its inaugural report last week of what it considers the “healthiest” charters. The District of Columbia and Louisiana topped the list; Indiana came in at number seven.

The report looked at characteristics like growth, innovation and quality – but critics say those measurements are flawed because researchers did not accurately compare charters and traditional public schools.

In an article for Governing Magazine, reporter Chris Kardish explains the dissenting view of the NAPCS report:

[T]o critics, the rankings do little more than build on the Alliance’s previous work, indicating how friendly a state is to charter schools but not enough about which is truly the best in terms of academic quality. They also argued the rankings set a low bar for academic quality by comparing charter schools with local public districts, many of which are struggling urban schools, rather than with top-performing schools elsewhere. 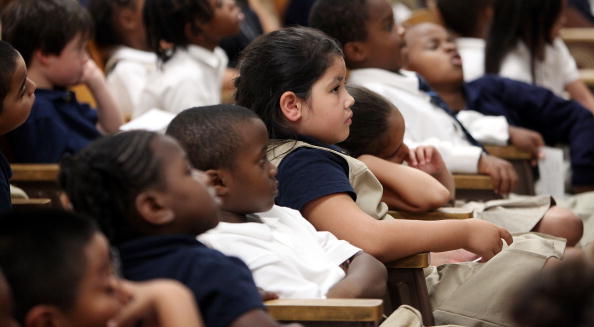 Nick LeRoy, executive director with the Indiana Charter School Board, says he thinks policymakers at both the governor’s level as well as the legislature have created a good policy environment to allow for the growth of high-quality charter schools.

“Indiana has taken a very expansive approach to the growth of charter schools and really allowed demand to drive growth,” LeRoy says. “When there is an opportunity for a charter school to launch in a city or district where kids are not getting a good quality education, there’s never been impediments that have been placed in the way from a policy or legal perspective on that.”

“I think a lot of people view charter schools as counter to the mission of the traditional public school system and model, which is to provide a community-based school and access to a high quality education system,” Nelson says.

Nelson says the growth of charter school enrollment in Indiana has started a controversy that has a lot to do with the allocation of resources – both financial and physical.

“The biggest issue around charter schools in Indiana is that charter schools are viewed as competing fully with the traditional public school model,” Nelson explains. “I think people who have an issue with the charter school sector generally believe that one of the major issues is that it diverts resources and attention away from traditional public schools and away from kids who end up staying in those schools, and toward a model that many believe is largely untested in terms of its promise.”

This is something charter supporters take issue with too. In their report, NAPCS researchers say Indiana’s law provides inequitable funding to charters, something they recommend expanding to increase the impact of student success.

“Since charter schools don’t get access to local property taxes for facilities, charters often divert dollars from putting that money towards education and to put it towards facilities,” LeRoy explains.

LeRoy says from his point of view, a more equitable distribution of funds could help support higher quality charter schools throughout the state. Many of the charters currently operating in the Hoosier state are concentrated in the Indianapolis Public Schools district as well as around Gary. 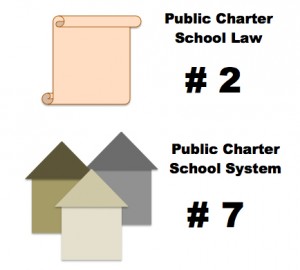 Charter school supporters favor both Indiana's system and law, according to researchers with the National Alliance for Public Charter Schools. However, the Hoosier state is no stranger to controversy over the charter movement.

This isn’t the first time a national group has recognized the Hoosier state for its charter system. Last year, the Center for Research on Education Outcomes at Stanford University said in its National Charter School Study that Indiana was one of 11 states where students in charter school outperformed their traditional public school peers in both math and reading.

“I think that’s a really important metric that really shows that charter schools are really doing what they said they would do, and that’s delivering higher quality education to the students who attend charter schools,” LeRoy says.

But Nelson says those statistics have also come under fire. Critics charge the data is misleading because charter schools target different types of students.

“Anytime you start then comparing the performance of children attending charter schools versus not, you definitely have to account for differences between the students that are not just coming from the fact that they’re going to a charter school versus a traditional public school,” Nelson says.

In some areas, she adds, particular schools are chartered for the explicit purpose of targeting specific groups of kids

“There are some contexts in which charter schools are actually serving the highest need, lowest achieving students and have either higher enrollments of special needs/special education students or high enrollments that are on par with the enrollments of students in the surrounding neighborhood schools,” she continues, “And then there are other examples where you could make the argument that there is some sort of positive selection of high performing kids into the charter school sector, but that type of argument is very context-specific.”

The one quality metric comes from the Center for Research on Education Outcomes at Stanford, which has come under criticism for using composites of public school students gleaned from averages for comparisons with actual charter-school students,for overstating the gains charter school students made compared to traditional public schools and for not controlling for parental differences. Charter schools, for instance, often require more parental involvement, which is difficult for many working parents, and the mere act of placing their child in a charter school means they’re inherently more active in their child’s education.

LeRoy’s organization, the Indiana Charter School Board, is the only independent state charter board that currently authorizes public charters in the state. Other authorizing bodies include local school boards, higher education institutions, and one non-educational government entity – the Indianapolis Mayor’s office.

Recently, Mayor Greg Ballard has seen three of his sponsored schools give up their charters, most notably Flanner House Elementary School which was caught in a cheating scandal.