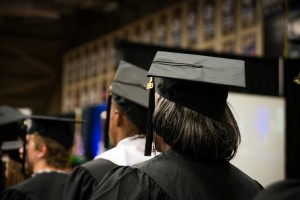 The Commission for Higher Education wants to encourage more than 700,000 students with some college credit but no degree to return to school.

The Commission for Higher Education this week is planning a communication campaign to convince Hoosiers with some college credit but no college degree to go back to school. That description applies to more than seven hundred thousand people across the state.

The campaign is launching now because of the Commission’s goal is to have 60 percent of Hoosiers earn a college degree by 2025 – a lofty goal that can’t happen with only the current population of college students. So the Commission is launching a campaign that encourages students who left college with completing their degree to return.

Sarah Ancel is in charge of legislation and policy priorities for the Commission. She says the new initiative will benefit the entire state’s economy.

“Well we’ll certainly be doing a better job of closing our skills gap,” Ancel says. “We would expect our median income to rise, we would expect employers to have an easier time filling the jobs they have available.”

Ancel says the Commission plans to work with state campuses to get information on students who left as well as ask the General Assembly for money that could be used to incentivize people to go back to school.

George McClellan, Indiana University Purdue University Fort Wayne Vice Chancellor, says his campus made a similar effort this year, offering students 50 percent discounted tuition if they returned to get a degree. McClellan says they saw 93 of the 3,000 students they contacted re-enroll. To be a statewide success, he says other schools must join the effort.

The Commission plans to fully launch the statewide campaign by January 2016.