With few exceptions, the number of staff in schools is growing, but most of them are not teachers.

According to a report published last week by the Fordham Institute, the number of non-teaching personnel in schools has increased over the last half century at a rate that outpaces even the growth of teachers and students. 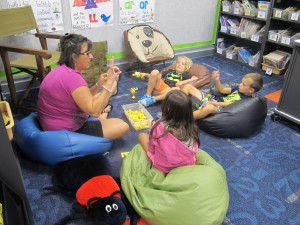 The number of teachers' aides on public school staffs has increased by 130 percent since the year 1970.

Since 1970, the total number of employees in the nation’s schools grew from 3.4 million to 6.2 million, an 84 percent increase. During that same period, the student population grew only by about 8 percent. In other words, for every four children added to American schools, districts hired three adults.

The number of teachers added has steadily increased, but what comes as a surprise to many is that non-teaching personnel have accounted for the majority of the growth on staffs. This group increased in size by more than 130 percent, and they now make up close to half of the average public school district’s workforce, counting about 3 million nationwide.

Who Are These People?

“Non-teaching staff” is a category defined as anyone employed by a school system who doesn’t serve as a classroom teacher. This can include administrative staff, guidance counselors, librarians, custodians, food service personnel, and even transportation workers.

Indiana has more than 77 non-teachers per 1,000 students. Only 12 other states in the nation have that many or more.

The group that’s grown the most in this category is teachers’ aides – the people who help free a teacher up by tutoring kids in small groups, working with individual students on reading or other skills, or even doing clerical work. This group practically didn’t exist back in 1970, when they made up less than 2 percent of all district staff. Today, they represent about 12 percent.

Maribel Enrique is one of those people. She works in Seymour Community Schools, most recently as an English-language learner aide for preschool-age kids.

“I’m basically here for support for all of our Hispanic kids that might need some help with instruction, or just kind of explaining to them how the classroom works, what they need to do,” Enrique explains.

Enrique has also worked as a Title I Aide, a paraprofessional position defined by the federal No Child Left Behind Act that can provide one-on-one tutoring services to eligible students. In this capacity, Enrique has served kids in kindergarten through fifth grade.

“Every 30 minutes I had new students coming in, and I kind of just helped them with whatever they needed that extra support for,” Enrique says. “It kind of helps everyone, the teacher and the student.”

If you look at the bigger picture in education, there is constant evolution of academic standards, accountability requirements, standardized testing – all things we’re familiar with here in Indiana.

Experts, like Concetta Raimondi with Indiana University’s School of Education, say a lot of the support positions we see now have been developed because teachers can’t meet all of those requirements on their own.

“We don’t have a one size fits all curriculum anymore,” Raimondi says. “We really have to develop instructional techniques that work with different populations of kids. And it’s very challenging for a singular teacher in a classroom that has a number of different learning needs, to differentiate for all of those, try as they may.”

Timing plays a big part in the current trend, too. The federal government passed a handful of laws over the last several decades to expand educational access for different groups of students. The Individuals with Disabilities Education Act in 1975 in particular could account for a large part of the surge in support staff; often times students with special needs require a personal aide to help them navigate mainstream classrooms.

Since the 1970s, the U.S. also gained Title IX for equal opportunity, the Bilingual Education Act, and the Gifted and Talented Children’s Education Act. In order to accommodate the needs of these different students, many districts responded by expanding support services – which requires hiring aides, speech pathologists, tutors and other specialized staff.

“We have a lot more children that come with challenges, not necessarily related to special education, but other kinds of personal challenges from community, culture, non-English speaking, the list can go on and on and on,” Raimondi explains. “As we’ve had a shifting population in this state, [aides] are going to fill important roles in order for us to educate all children well.”

How Does This Impact Schools Financially?

As the number of non-teachers on school payrolls has grown, so has the amount of money in district budgets used to pay those workers. About one-quarter of current education expenditures nationwide gets used each year to pay non-teachers’ salaries and benefits.

Some say because aides are not certified, they’re cheaper than teachers and easier to find. Experts estimate that an aide might cost around $15,000 per year, whereas a licensed first-year teacher is closer to $35,000 or $40,000.

“If a principal has two fourth grade classes with 30 children in each class, it would seem logical that he would go ahead and hire a third teacher and split those children up between three teachers,” Raimondi explains. “Unfortunately, your pupil-teacher ratio, instead of 30 to 1, it shoots it down to 20 to 1, which is not very cost effective. So most people would elect instead to hire a teachers’ assistant and split them between the two regular classrooms.”

Many people question whether hiring non-teachers is the most efficient use of schools’ financial resources, especially at a time when budgets are tight and achievement arguably pretty weak. School districts will now be challenged to find out, what are their most cost-effective staffing options that also allow them to educate students well and strengthen their academic performance?