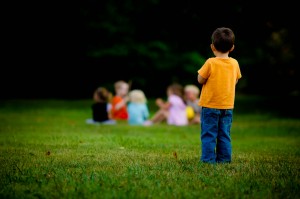 Data collected by the Indiana Department of Education shows 44 percent of cases reported during the 2013-14 academic year were verbal and 21 percent physical. The rest involved written or electronic threats, as well as social relational issues.

Emma Donnan School, a takeover school operated by Charter Schools USA in Indianapolis, reported the most incidents at 128.

Eric Weddle of the Indianapolis Star reports that close to one-quarter of the 1,000 individual schools surveyed reported no bullying incidents:

“The whole point is to look at the education atmosphere of our children,” he said. “This is why we have the data, to give schools tools to address it.”

But Porter questioned why more than 240 schools, of the more than 1,000 individual schools in the data, reported no incidents.

When the legislation was debated, Porter said, there was concern some schools might not report to avoid “looking bad,” he said. That makes it difficult for meaningful comparisons among the schools.

Bullying is a common problem in Indiana schools – more so than most other states. The Centers for Disease Control ranks Indiana third in the nation for incidences of bullying on school property, with one in every four children experiencing bullying. IDOE figures say one in 20 children is so fearful of being bullied that he or she skips school.

These statistics have grabbed the attention of local and state officials, prompting passage of the state law last year requiring public schools to begin collecting data. The law offers a detailed and uniform definition of bullying for all schools to follow:

Overt, unwanted, repeated acts or gestures, including verbal or written communications, that create an objectively hostile school environment for targeted students that place them in reasonable fear or harm or affects their mental health or school performance.

Anti-bullying training is now required for all school employees and volunteers. Training includes tutorials on how to spot signs of bullying and report such incidents to school administrators, who must then report those incidents to parents and submit an annual report to the state.