Arlington High School will be open this year, and Indianapolis non-profit EdPower will continue to operate the school, despite fears that it might close. 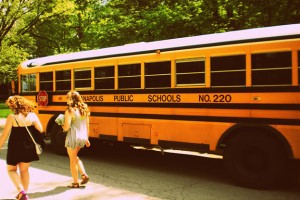 Arlington High School, a takeover within the Indianapolis Public School system, will remain open through the 2014-15 school year.

The turnaround school operator, also known as Tindley Accelerated Schools, indicated as early as last summer that it might not be in a financial position to operate the failing school for the 2014-2015 school year. Marcus Robinson, EdPower’s Chancellor and Chief Executive Officer, sent a letter to State Superintendent Glenda Ritz in June requesting $2.4 million, and followed up at the State Board of Education meeting in early July.

The charter network that funds and oversees Arlington has enough money to keep the school running for at least another year with some help. Indianapolis Public Schools intends to provide some cost-neutral services, such as grounds work and building maintenance, to help offset some of the costs in the budget as well.

The city of Indianapolis will also work with other area non-profits to gain additional support.

The network plans to aggressively recruit students for future years.

The state board assembled a task force to find the best short-term solution for keeping the school open. Members of the Indiana Department of Education, Governor Pence’s Center for Education and Career Innovation, Indianapolis Public Schools, the Indianapolis Mayor’s office and EdPower leadership came together.

Jason Kloth, Indianapolis’ Deputy Mayor for Education, oversees the city’s turnaround schools and sat on the task force. He says he’s pleased the group was able to achieve a positive outcome.

“I was really pleased to see that group of people sit down and come to some resolution to make sure that students are well-served in the upcoming school year, and to agree to collaborate moving forward, to come up with a long-term resolution as to the future of this form of intervention,” Kloth says.

EdPower had also requested that the high school transition back to the IPS system for the 2015-16 school year. Kloth says that remains undecided, and will be determined by the task force as the year goes on.

“The task force will engage IPS, the mayor’s office, Tindley and others in the community about the future of Arlington, but also just about the future of school turnaround,” Kloth says. “I imagine they’re going to want to speak with the other operators both in Indianapolis and Gary, as well as other school corporations.”

Had EdPower not been able to afford Arlington, IPS could have assumed ownership. Otherwise, EdPower had the option to abandon its contract to run the school and shut it down within 60 days.

IPS Superintendent Lewis Ferebee said although the district could not sacrifice resources for current IPS students, keeping Arlington is important for the community.

“We are committed to the Arlington community,” Ferebee said in a statement. “We want to ensure students are given a quality education, and we will strive to meet the needs of the Arlington families. We bring a spirit of welcome and partnership to the table as we work toward a solution for these valued members of the IPS community.”

Ferebee also said the situation at Arlington is not unique, and points out some of the cracks in Indiana’s school system.

“Once we resolve what happens at Arlington, there’s still more discussion that needs to take place about this model,” Ferebee said. “We have many more students attending takeover schools, and a plan for long-term implementation and transition must be determined.

Arlington was one of five schools taken over by the Indiana Department of Education to be operated by a private firm after receiving F grades for six consecutive years. The department chose EdPower to operate Arlington in 2012, and the school has made modest test score gains since the takeover.