All the drama surrounding the State Board of Education lately has either tired you out or made you think (or both). 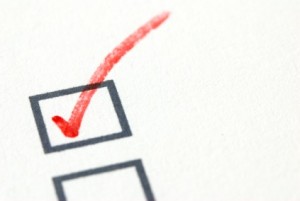 Some Hoosiers question whether the choice of a State Superintendent of Public Instruction should fall to voters or government officials.

But people still have plenty to say about it.

Board member Gordon Hendry issued a statement to the press yesterday that’s become the talk of the town. He insisted that board infighting is not a partisan issue, and reiterated what he said at last week’s meeting: “The superintendent was elected, but not as an education czar.”

The key word here is elected.

The Superintendent of Public Instruction is an elected official; all other board members are appointed by the governor. As some have recently suggested, when the political views of those two government officials clash, it can cause some friction.

So, many people are wondering: Should the superintendent be an elected position?

The Evansville Courier & Press Editorial Board laid out the groundwork for the argument many in support of that stance are making:

We believe it should be the governor — be it Republican or Democrat — who should be appointing a superintendent, and thereby avoiding all of this bickering that interferes with the serious business of education.

The first question we have to answer is, is this even a possibility?

According to the Indiana Law Blog, the state Constitution requires there be a State Superintendent, but leaves the method of selection up to legislators. Since it’s written into state law, reformers would need to push for amendment to make the position appointed by the governor.

The idea has plenty of support.

In 2001, two national associations completed a comprehensive evaluation of Indiana’s education system, and recommended the state do away with electing the chief school officer in favor of appointment by the state board. Back in 2004, then-gubernatorial candidate Mitch Daniels said if elected he would push for legislation to allow the governor, not the voters, to pick the schools chief. Lawmakers even argued about it right after Ritz was elected.

The Indianapolis Chamber of Commerce echoed intent to pursue this type of reform in its own 2014 legislative agenda.

In a blog post late last winter, Mind Trust CEO David Harris laid out his case for this type of reform, questioning why any of Indiana’s educational leadership should lie outside of the governor’s office:

The system we have now doesn’t make sense. The Legislature decided long ago that our governor leads on education policy. The governor appoints 10 of the 11 members of the State Board of Education. And, as Gov. Pence recently noted, Indiana law requires the state board to set K-12 education policy and then oversee the Department of Education’s implementation of those policies.

If we are going to give our governors authority to set education policy, we also need to give them the ability to implement that policy. Why elect one executive branch official to execute the policies of another?

As pointed out in an Indiana Forefront commentary, state law authorizes the governor to lead on education through his or her appointments to the board, but empowers the state superintendent with many of the aspects of implementation.

On the other hand, many Hoosiers remain satisfied with the current system.

“[The superintendent] represents the will of Hoosier voters,” said Lynn Richard Nelson, a retired education professor from Purdue University, at last week’s board meeting.

“The public and politicians may debate her ideas and practices; she may be persuaded to change her mind. However, she should not be impeded in carrying out her duties,” Nelson continued in an editorial for the Lafayette Journal & Courier.

“If you wanted to run the Department of Education, you should have registered as a candidate in 2012!” said members of the College Democrats of Indiana in a petition we reported about earlier this week.

Indiana is one of 13 states where voters decide. In the remainder of states, the chief is appointed by the governor or a state board of education.