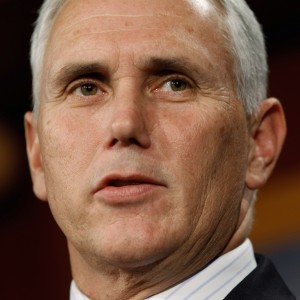 Governor Mike Pence is not supporting Glenda Ritz's proposal to freeze accountability after this spring's testing.

As we reported last week, legal counsel for the State Board of Education was investigating the legality of Ritz’s proposal. After announcing the state would need to adapt the ISTEP+ to the state’s new standards, Ritz suggested the State Board of Education consider freezing accountability for schools and teachers, so they have time to adapt to the changes without being punished for bad scores.

But Pence’s letter refuted this notion:

I understand that there is a legitimate concern that the adoption of new standards and the use of a new test may lead to a temporary drop in scores that could adversely impact our
students, teachers, and schools. Under Indiana law, the Education Roundtable and the State Board of Education have the statutory authority to set cut scores, which establish the
expected performance level for any state test. It is our full intent to plot a measured and
thoughtful course as we transition to a new state test with new expected performance levels, while at the same time ensuring the results meaningfully reflect mastery of the standards. This will ensure that our students, teachers, and schools are not impacted by what past experience shows will be a short-term drop in scores, such as occurred when Indiana moved from a fall to a spring test in 2008-2009.

We are confident that our state can implement the more rigorous standards while also
accounting for any temporary impact on testing scores in a way that does not unfairly affect students, teachers and schools. My administration will support every effort by the Indiana Department of Education and the State Board of Education to provide strong technical assistance to teachers and administrators during this transition.

As we’ve reported, Indiana has a condition on it’s No Child Left Behind waiver because its assessment doesn’t match new state standards adopted at the end of April, therefore forcing the state to administer a new test this spring.

The Education Roundtable will meet at the end of June to discuss the issue of accountability, before the proposal to keep the state’s waiver is submitted to the federal government June 30.