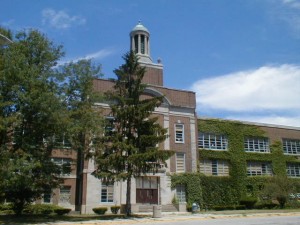 Lew Wallace Science, Technology, Engineering, and Math Academy would be the home of all ninth grade Gary students.

Gary School Board members voted Tuesday night to close six schools in the district. As we reported last week, the board proposed these potential closures at last week’s meeting to avoid an almost $13 million deficit in the district.

The Post-Tribute reports that the decision upset many in the Gary community:

Following heated arguments from the audience that packed into the board’s committee room, board members voted 4-2 to close the Lew Wallace STEM Academy, Dunbar-Pulaski Middle School, Watson Academy for Boys, Brunswick and Webster elementary schools and the Lincoln Achievement Center. Watson will become a “school within a school” at the Bailly Preparatory Academy or Williams Elementary.

The district’s anticipates almost 200 people could be laid off as a result of the closures.