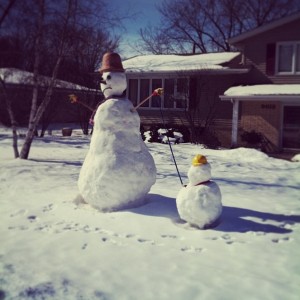 Indiana schools have cancelled or delayed classes because of weather an unusual amount of time this winter.

Last year, it was a problem with Indiana’s online testing service. This year, it’s cold and snowy weather.

After unusual numbers of school closures and delays this winter, state Board of Education members voted Thursday to give Indiana educators seven additional school days in March to administer the state’s benchmark standardized tests.

Schools will still be able to begin giving students the non-multiple choice parts of the ISTEP+ exam on March 3. But instead of wrapping up on March 12, the testing window will now close on March 21.

State Board members also voted to add two days to the window for the third grade reading exam, the IREAD-3, which will be open from March 17-21.

Department of Education officials say the new schedule won’t delay the release of ISTEP+ results later in the spring but said this extension was the only extra time for testing schools would get.

Director of Assessment Michelle Walker, told board members the company handling the testing — CTB/McGraw-Hill — couldn’t accommodate further delays because spring is a busy time of year, and there might not be staff available at the company to score the tests.

Walker added the Department of Education had heard from schools inquiring about whether the window for the “Applied Skills” portion of the ISTEP+ could open at a later date, but for the same amount of time that was previously scheduled.

“Technically, is it possible to literally lift the window up and move it forward in time in the calendar? Yes,” Walker said. “But then we actually won’t get our Applied Skills items scored until probably the end of May, which means our results would be in July or August.”