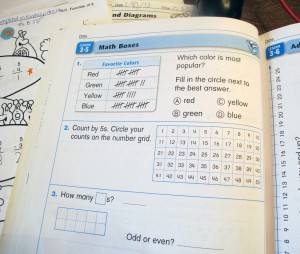 Our post on how the Common Core is changing math instruction triggered a lively debate about the best way to teach Indiana’s youngest students — so lively, in fact, we recapped it here.

“We assume that just because WE can get the right answers that this qualifies us to teach mathematics (even at the earlier levels),” says commenter Denise Lew. Not so, she writes:

However, I also believe that the problem is no so much which program we are using, but rather that most educators — parents and most teachers alike — don’t really understand the nature of what it means to understand mathematics and how to really teach it.

Just implementing Common Core does not ensure that children will make significant improvement in their learning. The teaching of mathematics WELL is actually much more complex and difficult than most parents and teachers know.

Here’s a look back at the StateImpact posts that generated the most discussion in 2013.

(Keeping our comments policy in mind, we tried to highlight remarks that were interesting, insightful and represented the diverse viewpoints of our readers.)