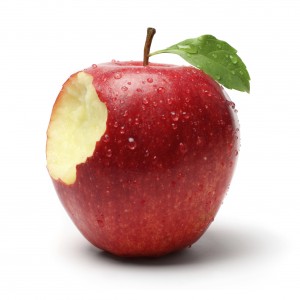 StateIm­pact is answering reader-submitted questions about the Common Core, a new set of expectations for what students should know and be able to do in math and English at each grade level. Indiana adopted the Common Core in 2010, but this spring lawmakers paused implementation of the new standards pending a legislative review.

Today, we’re answering a question we received from an audience member at the Common Core panel we hosted in April:

Everyone always says the Common Core is “internationally benchmarked.” Against which countries are the standards benchmarked?

The Common Core isn’t benchmarked against any one set of academic standards, but rather against a set of principles found within the standards of countries that do well on international tests.

In 1995, a group of academic researchers looked at top performers on the TIMSS, the Trends in International Mathematics and Science Study. The idea was to develop an international benchmark based on commonalities within different high-achieving countries’ standards.

“We found three characteristics: Focus, coherence and rigor,” says William Schmidt, co-director of the Education Policy Center at Michigan State University. “Those characteristics seemed to set aside the math standards of those top-achieving countries.”

Eventually, those characteristics turned into what Schmidt and other researchers called the “A+ standard” — an international benchmark countries could use to see how their own standards stacked up. At the time, the math standards in most states fell short.

Focus, coherence, rigor — check. If you’re at all familiar with the Common Core, you’ve heard this description before. But what, exactly, does that mean? Schmidt explains:

‘Focus’ meant they didn’t try to do too many topics at a given grade level. ‘Coherence’ had to do with the fact that mathematics is not arbitrary in how the topics are put together across the grades because there’s a structure and a logic to mathematics that has to be respected. And finally, ‘rigor’ had to do with the fact that some countries following that coherence in the middle grades were teaching algebra and geometry to all of their children where others — in fact, the United States — to the majority of their students in eighth grade they were still teaching arithmetic.

Schmidt says the results of the initial 1995 benchmarking study made many people in the United States uncomfortable. Policymakers especially worried having 50 different state sets of standards was making U.S. students fall behind. Those concerns eventually gave way to the Common Core State Standards.

Schmidt didn’t help write the Common Core, but he thinks the new standards are a step in the right direction if the United States is going to remain competitive on international tests.

But why not just adopt the standards of one high performing country? After all, students in one country — Shanghai — were top performers on the math, science and reading sections of another test, the Program for International Student Assessment, or PISA, in 2009.

Schmidt says it all comes down to cultural differences.

“But if you have a set of countries that exhibit a set of desirable traits like high performance, then you can from those countries abstract a set of principles that seem to hold in all of those countries, or at least the majority,” says Schmidt. “It in a certain sense eliminates idiosyncrasies that are due to specific country differences.”

In other words, what works in a large, wealthy Chinese city may not work here. So couldn’t the same hold true for, say, Indiana and California? Opponents of the new standards often argue each state needs its own standards to deal with analogous cultural differences between the states. But Schmidt points out that in other countries, standard-setting isn’t done by individual city-states.

Why Opponents Say Something Doesn’t Add Up

But opponents of the Common Core say they’re skeptical the new standards are actually internationally benchmarked.

Bill Evers is a research fellow at Stanford University’s Hoover Institution and sat on the Common Core validation committee in California. He refused to sign off on the new standards and has become a vocal opponent of the Common Core.

“International benchmarking was one of the things that was advertised as a hugely important feature of the Common Core,” Evers told a panel of Indiana lawmakers tasked with reviewing the new standards.

According to Evers, here’s how international benchmarking should work:

And what is this international benchmarking you hear so much about? Well, it’s very simple. It’s side-by-side comparisons to see if the academic expectations match. So what to extent does the curriculum content come up to the level of higher performing foreign countries? Does the curriculum that’s expected align? Are you at the level of these high performing countries? And the answer of course is the Common Core is not.

But Evers says the Common Core falls short of math standards in high performing Asian countries by teaching many concepts too late or not at all. He says by the time U.S. students are in fifth grade, they’ll have fallen behind their peers in other countries in fluency with least common multiples, areas of non-rectangular shapes, percentages, ratios and graphs such as pie charts and bar graphs, just to name a few examples.

“You will not be better off under the Common Core,” Evers testified.

Instead, Evers says Indiana should stick with its old academic standards, which were highly ranked by the pro-Common Core Fordham Institute.