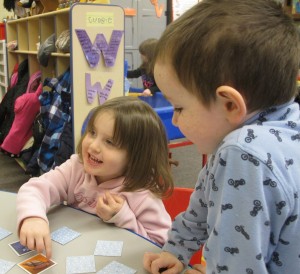 Automatic cuts in federal spending, which a Washington budget impasse triggered back in March, have begun to hit Indiana’s Head Start programs. From the Indy Star:

The National Head Start Association said sequester cuts totaling $405 million of its $8 billion budget will prevent more than than 57,000 children nationwide — including 718 in Indiana — from taking part in Head Start and Early Head Start programs.

Those figures came from reduction plans filed by Head Start grantees with the Department of Health and Human Services. Nationally, that includes a loss of 1.3 million days from Head Start center calendars and more than 18,000 employees who will be laid off or see their pay reduced.

The numbers could have been worse. Last March, Obama administration officials projected Indiana stood to lose as many as 1,000 Head Start slots as a result of the cuts.

Many conservatives, however, are skeptical about the program’s effectiveness. Federal research has suggested the benefits of Head Start begin to taper off by about the third grade. Head Start has tried to address these criticisms by hiring more effective teachers, as we’ve written.