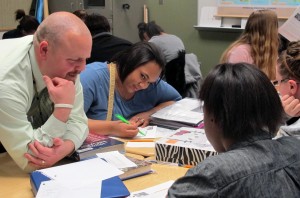 Indiana schools are wrapping up the first year of state-mandated teacher evaluations, but not all districts are using the model the Department of Education developed, reports Sarah Janssen for the Fort Wayne Journal Gazette:

Districts could adopt the state’s evaluation model, called RISE, or develop their own. About 75 percent of districts use the RISE model, but with slight modifications, said Risa Regnier, assistant superintendent for school support services with the Indiana Department of Education.

If districts substantially modify the RISE model, they are required to put the evaluation and compensation plans to a vote by the teachers, with at least 75 percent approving, according to the law.

Districts are required to report results of the evaluations to the agency by Aug. 1. The Department of Education is required to post results on its website by Sept. 1.

The changes were supported by former state Superintendent of Public Instruction Tony Bennett who was defeated by Glenda Ritz in the November election. With Ritz now leading the Department of Education, the state is no longer urging districts to adopt its RISE model, but to instead create their models within the limits of the law.

State law requires schools incorporate student data — typically, test scores — into a teacher’s final effectiveness rating. But as Janssen notes, problems with this year’s online ISTEP test could make that difficult. The state’s largest school district, Fort Wayne Community Schools, has said it won’t use the test results for teacher evaluations unless they can be validated by a third party.

Other school districts won’t use student test score data as part of their evaluations this year because they have longer contracts in place with their teacher unions.

We’ve written about what teacher evaluations look like in Indianapolis’ Wayne Township, which is using a modified version of the state’s RISE rubric to score teachers.