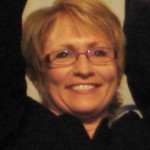 A tie in the Indiana Senate forced Lt. Gov. Sue Ellspermann to step in to cast the deciding vote Wednesday on a bill that removes requirements for district superintendents to hold a license.

It’s the first time in eight years the lieutenant governor has had to intervene in such a way. IPBS statehouse reporter Brandon Smith has more on the bill:

Ellspermann says school boards should be able to hire the best candidate, even if that person doesn’t have an educational background.

“We have a great example right now in President Daniels doing a great job at Purdue and we want the best people for those jobs,” Ellspermann said.

“It makes you wonder how somebody that came, for instance, from the business world without any school law in their background,” Leising said, “how they’re going to manage their population at their school without having some liability issues?”

The bill now heads back to the House, which can consent to the changes or send the bill to conference committee for the two houses to negotiate their differences.

Sen. Pete Miller presented the bill as a change to let the local school board decide who should be their superintendent without requiring a licensed superintendent…

This, of course, has been an extremely controversial bill among school administrators. Sen. [Tim] Skinner, [D-Terre Haute], derided the bill for implying that “anybody can do this job” and that “licensing and experience are no longer a good thing.”