That’s a familiar refrain in K-12 education. And the latest big thing may be bigger than all the others: It’s the Common Core education standards that Indiana and 45 other states are now putting in place. And it has public schools across the country sitting on the cusp of a massive change in nearly every aspect of how math and English are taught, learned and tested.

But how does this big thing relate to all the other big things in education that you’ve probably heard about? Here’s a StateImpact survival guide to recent education overhauls.

What is it? States have their own academic standards guiding what students are expected to know in each grade. Common Core is a cooperative effort by state officials around the country to unify these standards — at least for math and English — in the states that decided to adopt them. This will change much about how teachers teach and how students learn: New curricula, textbooks and tests are being devised to line up with what the Common Core standards say kids should know. In many states, the standards are more rigorous than what were in place before, which is why supporters of the standards say this “big thing” will eventually produce more high school graduates who are truly ready for college.

Race to the Top 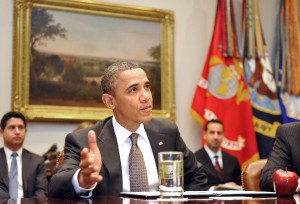 What is it? This is the Obama administration’s “big thing.” States and school districts that adopted Obama’s preferred policies — like designing teacher evaluation systems and using “robust” data systems to track student progress — were given cash grants as an award. Some 18 states and 16 districts were awarded money. Indiana didn’t apply for a state-level award, but the Metropolitan School District of Warren Township in Indianapolis received a $28.5 million grant in the district-level competition.

How it relates to Common Core: In their applications for Race to the Top funds, states also got points for adopting “internationally benchmarked academic standards and assessments” — in other words, the Common Core. That motivated many of the states that went on to adopt the new common standards. It also fueled some of the opposition around them. Although a bipartisan coalition of governors and state school officials helped craft the new standards, there’s been a backlash from conservatives who tie the Common Core to Obama.

No Child Left Behind 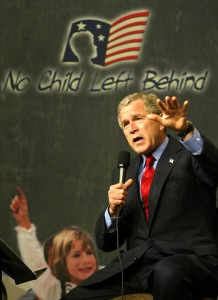 What is it?  This was President George W. Bush’s “big thing.” The federal law passed in 2001 set ambitious goals for schools, particularly around improving outcomes for poor and minority students. NCLB leaned heavily on standardized tests to measure progress and penalize schools deemed as “failing.” Recently, the Obama administration has granted states waivers from the law’s requirements in exchange for state-developed plans to improve student outcomes and close achievement gaps.  The U.S. Department of Education approved Indiana’s application in 2011. Indiana’s plan focuses on grading schools according to their performance and making sure students who scored in the bottom 25 percent on state standardized tests make progress the next year.

How it relates to Common Core: Despite the waivers, the philosophies behind NCLB remain prevalent in K-12 education, especially standardized testing and accountability (see below). Common Core doesn’t really change any of that, although it comes at the question of what students should know in a more holistic way.  Many of the states that applied for waivers from NCLB pointed to their adoption of the Common Core as a signal of their continued commitment to strong educational standards. 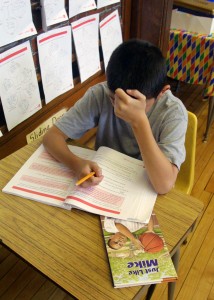 What is it? This “big thing” has been around a while: Most states were using standardized tests even before No Child Left Behind. But NCLB raised the importance of the tests by requiring all students reach grade-level proficiency by 2014.  Indiana students take the ISTEP+ in English language arts and math every spring in grades 3-8. Students are also tested in science in grades 4 and 6 and in social studies in grades 5 and 7.

How it relates to Common Core: Starting in the 2014-15 school year, states will ditch their existing English and math tests in favor of one of two new exams that test knowledge in the Common Core standards. Unlike many current tests that use multiple choice answers, the new exams are expected to test critical thinking and ask students to defend their answers. Common Core proponents say schools will now be able to share materials and resources across states, which could cut testing costs. Also, for the first time, apples-to-apples comparisons of schools in different states will be possible. However, the tests will be given only on computers, so schools will have to make upfront investments in technology. 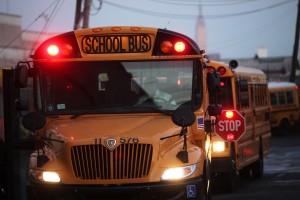 What is it? This “big thing” manifests itself in states in the form of report cards for entire schools. Whether these report cards use A through F letter grades or some other measure, the idea is the same: to use student test scores and other data to show how well schools are doing. Typically, states expect schools to not only perform adequately but improve performance over time. Chronically failing schools typically receive some kind of state intervention and in extreme cases are shut down.

How it relates to Common Core: Common Core doesn’t change anything about the mindset of accountability. But it will likely affect the grades schools get under state accountability systems. That’s because Common Core comes with the new standardized tests, which are widely expected to be harder than the previous ones. So once the new standards are fully in place and the tests begin, schools may be told they are doing a worse job than the principals, teachers and parents there believed.