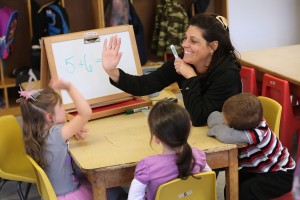 Indiana stands to lose about 1,000 of its Head Start slots if Congress doesn’t act to stop deep, automatic spending cuts — known as “sequestration” — from kicking in March 1.

“What happens to us on March 2? What happens next week if the cuts go through?” says Miller. “Do we have to find a way to save all that money if we’re halfway through our fiscal year?”

Though the funding would disappear immediately should the automatic cuts take effect, it’s not clear what impact that would have on March 1.

As Miller first told StateImpact in November, Indiana Head Start would lose an amount of funding that’s roughly equivalent to what they need to support about 1,000 students — but that doesn’t mean sequestration cuts would send 1,000 students home right away.

Miller says many programs will start trimming their budgets by cutting days of service, wrapping up in April instead of May.

Miller says she’s being told this week she’ll have to cut her budget by 5.2 percent — less than initially predicted, but still a strain for already-tight Head Start budgets.

If the sequester happens, programs will have to reduce the number of classrooms and teachers in the future. Indiana could lose as many as 200 Head Start positions.

“One of the things that happens in especially rural communities — they may only have one classroom,” says Miller. “So if that Head Start classroom shuts down, for those families and that community, they won’t have access to Head Start at all.”

Miller says she can’t even be cautiously optimistic about rumors that Head Start might be spared the deepest cuts in favor of taking more from other federally-funded initiatives.

“OK, if Head Start gets less of a cut, one of these programs over here that helps the same families is going to get a larger cut,” she says.

Special Education Cuts Likely To Leave State On The Hook

We’ve written before that no Indiana school district stands to lose more than 3 percent of its overall revenues if Congress misses the looming budget deadline. 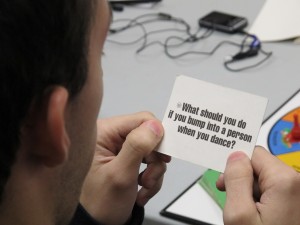 Tori Tackett attends a continuing education program that teaches life skills to students with special needs. The state would likely have to continue paying for these services even if the federal government cuts spending.

But Indiana schools will have to continue providing constitutionally-protected services for students with special needs, even if the federal government cuts funding.

Few special education programs are “going to be in a strong position to weather an 8 percent reduction in federal funding. It’s not like they’ve had flush years lately,” he says.

The latest from the White House puts the cost of those programs at $12.4 million. You can check out the rest of Indiana’s sequestration fact sheet here.