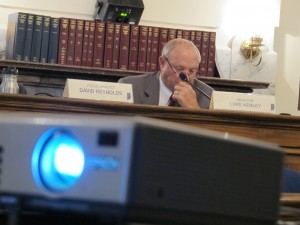 Indiana’s Commission for Higher Education has asked the state’s public colleges and universities to hold tuition increases to the rate of economic inflation — so, perhaps 2 percent — as Eric Weddle writes for the Lafayette Journal & Courier

The state panel will present this recommendation to the state budget committee next week. More from the J&C:

Calling the increase a “bold and aggressive plan,” associate commissioner Jason Dudich said Indiana higher education funding has shrunk in recent years and that renewed investment is needed to keep up with enrollment growth and meet national and state goals for thousands of more college graduates.

If lawmakers agree with the commission, it would restore funding to 2009-10 levels.

But lawmakers don’t have to agree with the commission because its recommendation is non-binding.

Tuition increases have caused friction between officials at Indiana’s public universities and state lawmakers before. We offered this breakdown of the latest dust-up back in January. 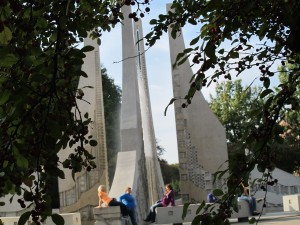 “Major increases in tuition are out of the question: The market and public will no longer bear them,” McRobbie said in this year’s State of the University address. “The state of Indiana is slowly recovering from the Great Recession with unemployment still high and revenues and average wages below pre-recession levels. Hence, we have to expect essentially flat funding from the state in the near future.”

In response to these realities, Indiana, Purdue, Ball State and Indiana State universities have all implemented measures university officials hope will incentivize students to finish degrees on time, thereby saving the students money and helping the schools meet strategic goals.

We are encouraged by the commission’s recommendation for increased state funding and the clear message it sends about the importance of continued strong state support for higher education in Indiana.

Indiana University also remains acutely aware of the challenging financial climate facing many of our current and prospective students and their families, and the commission’s goals of keeping tuition as affordable as possible is certainly shared by IU.

“The commission’s overarching objectives are clearly shared by our incoming president [Mitch Daniels] and the members of our board of trustees,” she told reporter Eric Weddle.