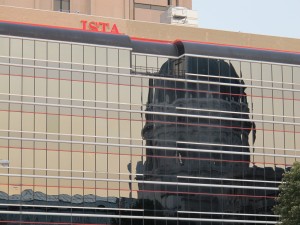 Changes to the state’s collective bargaining law in 2011 created a new timeline for contract negotiations between teachers unions and school districts. Most Indiana school districts signed labor agreements before the October deadline. But teachers represented by the Carmel Clay Education Association still don’t have a contract in place for the 2012-13 school year.

Carmel Clay is only the third school district* to reach the final step in the new timeline since the law changed in 2011. So the board hasn’t fielded a complaint during the mandatory fact finding period before. That means everyone’s headed into unchartered territory, says Sarah Cudahy, general counsel for IEERB.

Here’s what you need to know about what’s happening in Carmel.

Only Carmel Clay reached the final stage of impasse, which only happens when both sides can’t reach an agreement. It’s called mandatory fact finding. Each side submits a “last best offer” to an IEERB-appointed fact finder and financial consultant, says Cudahy. It’s up to the fact finder to investigate both offers and pick one.

“That is then binding,” says Cudahy. “That is both parties’ collective bargaining agreement for the term of the agreement,” which in Carmel Clay will be through June 30.

2. The “last best offer” may not actually be the best offer. The school district’s last best offer includes a 1.5 percent raise, or about $825 for a teacher making $55,000. But an earlier offer included a larger salary increase, a stipend, HSA contribution and paid professional development worth a total of $5,800, or 10.5 percent of the same teacher’s base salary.

“Once you hit fact finding, your last best offer is based on certain state sources of revenue,” says Cudahy. “That is not the case prior to the fact finding process, where there is no limitation on the resources that could be used to pay for your collective bargaining agreement.”

So schools can dip into their cash reserves and other funding sources to offer additional incentives to teachers, but only before fact finding starts. In a status report dated Nov. 26, Carmel Clay School Board Vice President Andrew Klein says the true best offer was based on using $3.5 million from the district’s cash reserves to pay teachers. But the fact finder can’t select that option, just the district’s last best offer or the Carmel Clay Education Association’s last best offer.

3. The school district and the teachers union disagree about what’s still on the table. The Carmel Clay school board says it’s still willing to extend its best offer to the teachers union. (About 42 percent of Carmel teachers are members.) But union president Brian Lyday contests the district rescinded that offer when negotiations went to mandatory fact finding.

“Some teachers believe there’s more than one offer available despite that not being the case,” says Lyday.

While it’s true the fact finder can’t select the district’s actual best offer, Cudahy says it’s possible to reach an agreement after fact finding begins. If the school district and the teachers union decide to settle, they could submit identical last best offers on the day of the fact finding hearing. But that hearing was postponed when the union filed a complaint alleging unfair labor practice.

4. The Carmel Clay Education Association halted fact finding when it filed a complaint against the school district. The union alleges school board officials spoke directly with teachers about the bargaining process and is asking IEERB to reject the school district’s last best offer.

But because the Board has never heard a complaint involving a request to intervene with the fact finding process, Cudahy says there is no precedent for what type of relief the board will give in this situation.**

A summary hearing set for Friday was canceled at the request of both parties. Now IEERB has appointed a hearing examiner to make a final decision on the unfair labor practice complaint. That’s unlikely to happen before January.

5. The district and the union will have to negotiate another contract next year. The contract under dispute is just for the 2012-13 school year. Lyday says teachers are unhappy that they’ve been asked to work more hours without a commensurate increase in pay, especially because Carmel teachers make less than educators in neighboring corporations.

But perhaps the biggest sticking point for Carmel Clay teachers has been the elimination of the salary schedule, the process by which more experienced educators earn raises.

In his Nov. 26 status report on the negotiations, Klein addressed concern about the lack of a salary schedule in the district’s last best offer:

We have been negotiating what amounts to a transitional contract. The new law requires that all public school contracts align with the state’s biennial budget, so what we agree to now (or what the fact finder imposes on us now) will expire in 7 months.

Everyone knows we will need a structure after that to address how young teachers will move up on the pay scale, and clearly we will address that when bargaining starts again next August. But at that time, we also will be required to consider a combination of statutory factors in setting compensation, and we will have completed the first cycle of evaluations, which will need to be part of the compensation conversation. We also will anticipate clearer guidance from the state on what is permissible under the new laws I have described.

The mandatory fact finding period is suspended until the hearing examiner can review the union’s complaint. It’s still possible for the two sides to reach an agreement independent of IEERB in the interim.

You can read the full text of the Carmel Clay Education Association request for interlocutory relief below. We’ve also included the cancellation order and hearing examiner appointment notice.

Clarification: *An earlier version of this story identified Carmel Clay as the second school district to reach the fact finding process. Two schools actually reached this stage last year, but one settled prior to the fact finding hearing. **An earlier version of this story read, “Cudahy says it’s unclear whether IEERB could grant the relief requested.” It’s up to the board to decide whether a party could receive the relief requested.