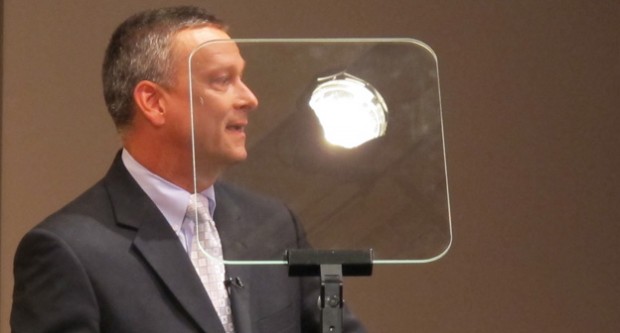 Capping weeks of speculation about his next move after a stunning election night defeat, state superintendent Tony Bennett confirmed Monday morning he will apply for Florida’s top education post.

“After careful consideration, I have decided to submit an application for Florida’s Commissioner of Education position,” Bennett said in a written statement. “The Sunshine State’s consistent commitment to providing all students a top-notch education is impressive and inspiring. I look forward to participating in the next stages of this process.”

Bennett is adding his name to a list of about 50 other applicants for the job, the AP reports.

Though he’s a last-minute addition to the candidate pool, his application immediately jumps to the front of the pack.

He’s an ally of former Florida Gov. Jeb Bush, who now runs a foundation pushing for education policy overhaul. Bennett told our colleagues at StateImpact Florida he looks to many changes Bush pioneered as models for Indiana.

“Jeb Bush has a big, a big mind and a big heart for education reform,” Bennett said last May. “I believed in my heart that he had a great blueprint.”

There were even rumors floating around that Bennett would be recruited for the Florida Commissioner of Education post when it came open last year.

Let’s also note that Steve Hinnefeld pretty much saw this coming. Check the date on this School Matters post — it’s from August (!) of this year:

Florida officials say they plan to conduct a nationwide search to replace Gerard Robinson, who resigned abruptly this week as state commissioner of education. Will the search bring them first to Indiana?

This is pure speculation, but why not? Indiana Superintendent of Public Instruction Tony Bennett has become something of a rock star in what’s known as the education reform world. He’s as obvious a choice to lead Florida’s education system as anyone…

If Florida were to come calling, you’d have to think Bennett would listen to the pitch.

UPDATE: For in-depth Sunshine State perspective, check out this post from StateImpact Florida.