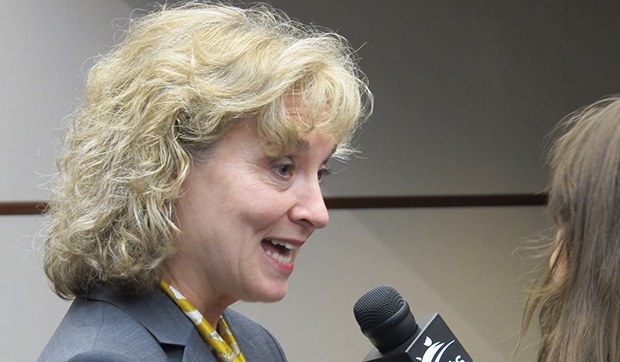 Democrat Glenda Ritz came from behind to unseat GOP incumbent Tony Bennett as Indiana’s Superintendent of Public Instruction in the biggest upset of Tuesday’s statewide election.

In toppling Bennett — a favorite of national supporters of expanding school choice and accountability — Ritz becomes the first Democrat elected the state’s top education post since 1973.

The only poll to publish numbers on the race showed Bennett with a small but definite lead and a large swath of the electorate undecided only days before Election Day. Bennett was also able to mount a sustained campaign of television advertising through September and October.

But Ritz countered Bennett’s air attack with a strong ground game, drawing on the organizational assistance and financial support of the state’s teachers unions. (More than half of Ritz’s campaign contributions came from the political arm of the Indiana State Teachers Association.)

Bennett told StateImpact after conceding that he continues to believe in the policies for which he pushed, saying, “This wasn’t a referendum on reform, this was a referendum on Tony Bennett.”