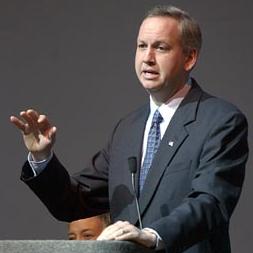 If you’ve been following what’s happening at The Project School in Indianapolis, you might be wondering why Mayor Greg Ballard has the authority to revoke a school’s charter in the first place.

Indianapolis is the only city in the country where the mayor’s office can sponsor charter schools. It’s a decision deeply rooted in the politics of school choice in Indiana, explains Claire Smrekar, a professor of education and public policy at Vanderbilt University.

Smrekar says Hoosiers on both sides of the debate put their trust into former mayor Bart Peterson, a Democrat, to create a strong system of accountability in Indianapolis.

“It was the right players at the right time when there was so much interest in passing a charter school law,” Smrekar told StateImpact.

Between the passage of the state’s charter school law in 2001 and the time he left office in 2008, Peterson opened 16 charters and closed one school that was struggling financially. 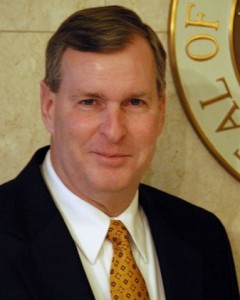 Smrekar says it may seem short-sighted to put the mayor — a politician who can be voted out of office, as Peterson was in 2007 — in charge of chartering schools. But Peterson’s administration built a system that is very highly regarded in the authorizer community for its focus on transparency, rigor and capacity building.

“The idea was we put in place a structure and a process, and it doesn’t matter who’s mayor,” says Smrekar, though she points out Ballard has replaced Peterson’s team with his own people.

One of Smrekar’s former colleagues, Mark Berends, now teaches sociology at the University of Notre Dame. He says allowing the mayor to sponsor charters is “tricky politically” but so far the experiment seems to be working in Indianapolis.

“It’s been in existence for quite awhile, and it’s been able to sustain itself through a change in mayors,” says Berends, adding the support of local advocacy groups and the Indiana Chamber of Commerce has been paramount in maintaining the system.

How The Mayor’s Office Has Shaped The City’s Charters

At first, charters in Indianapolis didn’t look like the schools entering other urban areas at the same time, says Smrekar.

“The early charters tended to be more locally founded,” she says. “They tend to be more of the ‘Mom and Pop’ kind of structure. States like Arizona where a high percentage of public schools are charter schools tend to attract the charter management organizations because they are very supportive of those schools coming in and setting up shop.”

Smrekar says the newness of the Indianapolis model may have discouraged some companies from applying for the earliest charters. In anticipation the charter school law would pass, many local groups had already written proposals, and Peterson only authorized three or four new schools per year.

Most of the charter schools in Indianapolis take Northwest Evaluation Association assessments, which Berends says serve as a point of comparison to local public schools.

“Students who attended charter schools tended to outperform their traditional public school counterparts in both mathematics and reading,” he says of Indianapolis charter schools who have been a part of case studies.

Berends says charter schools also tended to have more of a positive impact on students the longer they had been in existence, usually after two or three years of operation.

But perhaps the most interesting thing to come out of Berends’ research on Indianapolis charters is why parents picked their kids’ school in the first place. On surveys, they cited test scores and academic rigor as their top reasons for picking a school.

He saw a different trend when he crunched the numbers.

“If you actually look at where parents are ending up, they’re ending up in their neighborhood charter school,” says Berends, adding that the same was true even when the nearest charter wasn’t meeting accountability standards.

Why It’s A Good Thing To Have Multiple Charter Authorizers

The charter school law that passed in 2001 allows the Indianapolis mayor, public state universities and local school boards to act as authorizers.

(It’s too late for The Indianapolis Project School to apply for a charter through another sponsor, though the school has a sister site in Bloomington that’s authorized through Ball State University.)

“If you actually look at where parents are ending up, they’re ending up in their neighborhood charter school.”
—Mark Berends, sociology professor

Now there’s a new player in town — the Indiana Department of Education. Legislation passed in 2011 makes it easier for groups to start a charter school, but it also gives the IDOE more authority to intervene if these schools don’t perform.

Smrekar compares starting a charter school to starting a business. Not every new venture makes it, just like 12 to 15 percent of all charters fail, she says.

In total, the mayor’s office has approved 26 charters and revoked three since 2001.