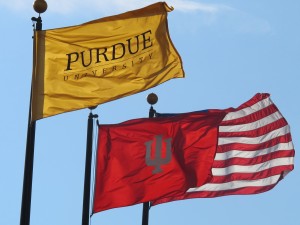 Remediating students who enter college without college-level skills costs the state $35 million a year, Indiana higher education officials say — but only a quarter of these students will earn a diploma within six years.

Time to rethink remediation? From The Augusta Chronicle:

Thousands upon thousands of students don’t continue in college because they don’t pass algebra. That’s crazy, said Uri Treisman, a professor of math and public affairs at the University of Texas in Austin. Most won’t need algebra in their future jobs, he said.

The structure of remedial courses doesn’t make sense, either, said Treisman and students.

There is currently no assessment method that can definitively determine whether students are ready for college-level classes. As a result, even if states or systems set a central policy, individual colleges tend to perceive it as ineffective and push back against it. Consequently, the assessment test cut-off scores used by central offices and colleges are often inconsistent, and none effectively predict success.

An illuminating 2006 report from IU’s Center for Evaluation and Education Policy says students who require remediation in college often haven’t been adequately prepared in high school. But that’s not the only challenge, as Jonathan Plucker, Rose Lynn Wongsarnpigoon and John Houser write:

The rising number of college students needing remedial education is not necessarily an indication that students are becoming less capable or hard-working; rather, increasing enrollment in higher education, heightened competition in the job market, and poor high school preparation all affect the level of need for remedial education…

Age is another significant factor to consider in the population of college students needing remediation… In the 1999-2000 school year, about as many adults over the age of 23 enrolled in college-level remediation as did freshmen 23 years of age or younger. With a longer gap in between their high school and college education, older adults understandably may need remediation to refresh their knowledge of academic material they presumably learned in the past.

On the other hand, educators and policymakers debate why recent high school graduates do not possess the skills and competencies they should have learned in high school. Thus, one reason that the solution for reducing the need for remedial education is unclear is that the population of students needing college remediation is widely diverse in terms of background and needs.

By 2018, they say they want every student graduating from high school with a “Core 40 diploma” — the state’s newly-implemented default high school diploma curriculum — to be able to enter college without having to get caught up.

Currently, one in three students entering college with a Core 40 diploma needs remediation.