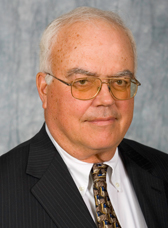 The cost of living on an Indiana University campus could soon increase under a plan discussed at today’s Board of Trustees meeting in Indianapolis.

According to the proposal, Bloomington students in the least expensive dorms are likely to see the biggest rate increases- with a hike of as much 8 percent over last year.  That translates to an annual jump of $381 for some students

IU Chief Financial Officer Neil Theobald says the proposed rate changes are based on the supply and demand of housing between campuses.

“We have far excess demand of what we are able to meet. So we went with a high rate,” says Theobald.

Trustee Tom Reilly says Indiana University would likely reinvest the money from the increases back into housing.

“We have to be aware that we are financing these new improvements and additions with this money,” says Reilly.

Bloomington isn’t the only campus expected to see increases. Rates at IUPUI could jump more than seven percent. Both IU South Bend and IU South East are set to see increases of between two and four percent.