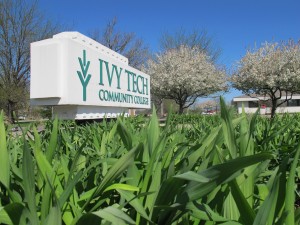 For-profit colleges may be taking their lumps these days, but federal data released last week suggest community colleges have a problem of their own:

Students aren’t meeting their own goals for earning degrees.

Compared to the early 90’s, more community college students entered school this century aspiring to degrees higher than a bachelors’, the data show. But after five years, fewer students have earned a certificate of any sort.

Here are some of the findings from the report, released last Wednesday by the National Center for Education Statistics, comparing community college students entering school in 1989-90, 1995-96, and 2003-04:

Student success is the number one issue among community colleges throughout the nation. The Obama administration made it very clear that they wanted to see a greater degree of college completion. In our younger population — 25 to, say, 40 years of age —we’re not leading the world anymore in college education. We led the world, if you go up to, say, 45 to 64. We don’t anymore in our younger group because other nations are moving very rapidly because they understand that if they’re going to compete in a global economy that education is the key.

Where Does Ivy Tech Fit In?

A quarter of Ivy Tech Central Indiana students transferred to another institution. What happened once they arrived?

An Indiana University report found Ivy Tech students who transferred to an IU campus continued their studies at the same rate as other transfer students, but often didn’t earn grades as high as their peers:

Ivy Tech transfers at Bloomington, IUPUI, Northwest, South Bend, and Southeast have significantly lower cumulative GPAs than other transfer students on those campuses…

Ivy Tech has sought to improve its course offerings by overhauling its remediation programs. The community college system is using a $1 million grant to pilot a new system for remediating students while simultaneously preparing them for college-level courses.

“You have either high school students coming to Ivy Tech not prepared academically, or an adult population coming back unprepared and needing to take these remediation courses. They’re often not successful,” Lubbers tells StateImpact.