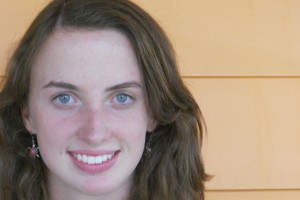 Eleanore Fuqua is a student at Bloomington South High School in Bloomington, Ind.

The second in our series from Bloomington South High School journalist Eleanore Fuqua on the effects of a changing school schedule.

Two and a half months gone in the year of change – the lengthened school day has outgrown its infancy and for many is now becoming more routine. With time, students, teachers, and administrators have adjusted to and solidified their opinions about the modifications.  The gray area is fading, views becoming increasingly black and white.

Specifically at Bloomington South, “Panther Plus” is in full swing. It is a program targeted at improving overall academic performance by providing an allotted study period within the school day. Students are to log onto the newly installed Panther Plus website and choose one of their five subjects in which to seek help, registering for a total of three Panther Plus programs per week. After second period on Tuesday, Thursday, and Friday, students scurry to their chosen resource periods. Those who have opted not to sign up for a specific class or have forgotten are corralled in the auditorium for silent study, a form of punishment jokingly named “purgatory”. The method for selecting classes is certainly organized, but once they begin, are the forty-five minutes effective?

This is the true subject of debate – one intriguing to the inventors of the program itself. Hoping to prove that the earlier start time and lengthened school day were not in vain, South turned to Indiana University Kelly School of Business students to survey the data. Vice principle Joe Doyle is “satisfied” with the results, with the number of F’s on South’s roster drastically reduced by half. Furthermore, the percentage of F’s in English classes has dropped from 15% to 3.9%.  “We do a really good job of identifying students that need extra help,” claimed Doyle.

As the system is now, students doing well are rewarded with choosing their own Panther Pluses each week for academic enrichment, those stuck in the middle are automatically sent to a help session, and those who are failing head straight to PACE, a homework aid program. The number analysis may shine upon Panther Plus, but student testimony can tell a somewhat different story.

The statistics do not resonate with junior Lauren Kirk, “Panther Plus looks good for the school system but is not actually useful,” she says. In Kirk’s opinion, those who do not put effort into their educational experiences in a standard class do not change during the resource period; they tend to squander it as well. She refers to Panther Plus as the “pet project” of the school, one especially infuriating to the students who are doing well and have no need for the extra academic aid.

Some students though, support Panther Plus, keeping in mind that while the program may not benefit them directly, it has value for others. Sophomore Amanda Brooks Kelly fits into this category, “I think it provides a very good opportunity for underperforming students to catch up with work or seek additional help, it’s a nice idea,” she comments.

Even students not suffering from slipping grades can also profit from the addition of Panther Plus, as they now have an allotted time to make up work and tests. “Students used to have to stay after school to make up tests and of they didn’t drive it was difficult. I don’t have to send kids out in the hall during class,” explains French teacher Beth Smith who prior to the program often had give make up exams to her students during class.