Indiana University is lowering summer school tuition under a plan the Board of Trustees approved Friday. The school came under pressure from the state Commission for Higher Education to decrease costs for students after a recent round of tuition increases. The plan would lower summer tuition costs by twenty five percent, or roughly a thousand dollars per student.

Trustee Bill Cast says he is happy with the plan.

“We congratulate the administration on a solution that addresses as broadly as possible the overall problem of student debt.” said Cast.

However, fellow trustee Tom Reilly says this is only a partial solution to IU’s financial problems.  He says in spite of the summer compromise, students could still see cost increases during the regular semester.

“Am I saying that there’s not going to be any tuition increases in the future? No, I think there will continue to need to be.” said Reilly.

Earlier this year, the university increased tuition by five and a half percent, or two percent higher than the amount the Commission for Higher Education recommended. Lawmakers with whom WFIU has spoken say they are considering a permanent cap on the amount public universities can increase tuition rates. 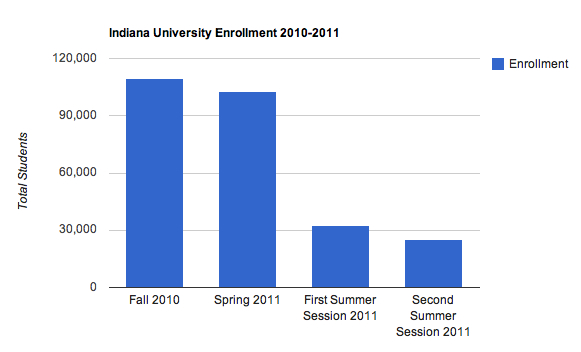 The two summer sessions currently account for the smallest periods of enroll for the university. Trustees and administrators say they are hoping to see substantial increases in the number of students deciding to stay in class between semesters.

StateImpact already reported on some of the political controversy which may have led to this plan.

They were declaring a political ceasefire.

No, this isn’t a Camp David accord. But IU has had a target on its back in the course of a sometimes-heated political battle over the rising cost of attending the state’s universities — partially because the school has raised tuition and fees more than Lubbers or top Republican lawmakers would like.