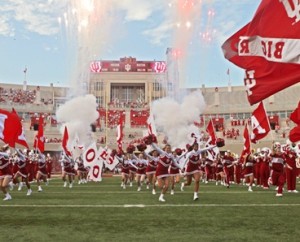 Most of the teacher colleges in Indiana have agreed to cooperate with the NCTQ study in spite of warnings from Indiana's college accrediting agency.

US News and World Report publishes one of the most respected college ranking guides in the country and millions of prospective students and parents turn to this publication every year to help them decide what college meets their needs.

But this year, the publication’s choice of research partners has sparked protest from many of the nation’s leading teacher colleges, with a number of schools refusing to respond to inquiries from the publication or its partner, the National Council on Teacher Quality.

Many schools are accusing the group of using the college ranking guide as a pulpit to promote a political agenda.  They might not be too far off the mark.

The NCTQ website clearly identifies itself as an advocacy group. Specifically, some education schools have vocally accused the NCTQ of intentional rigging its reports in support of its so-called reform agenda. For example, here is an op-ed piece which appeared in the Carbondale, Illinois based The Southern from Kenneth Tietelbaum, Dean of the College of Education and Human Services at Southern Illinois University Carbondale.

“Despite its pretense of being nonpartisan, the organization is ideologically driven and intent on portraying higher education programs as generally inadequate or worse. While the teacher education program at Southern Illinois University Carbondale did not fare as badly as some other ones from around the state, their assessment of our programs is bad enough (in its conclusions and its methodology) to warrant a public response.”

US News and World Report has responded to criticism of its partnership with NCTQ by writing op eds, asking the group to create a “Transparency Center”, and soliciting endorsements from school officials (including Indiana’s own Superintendent of Public Instruction Tony Bennett).  They have also been putting pressure on many of the most uncooperative public universities by issuing public records requests.

So how accurate is the NCTQ report?  We found that many studies released by the organization are substantially misleading.  For example, a 2006 report entitled National Reading Study claims to be an objective analysis of 72 literacy education programs in 35 states.  In reality, the study adopts a single reading education model referred to as the “science of reading”.  This model is 11 years old and based on the results of a single report Congress commissioned in 2000 to study literacy.  In their study, NCTQ researchers base the majority of their findings on how closely a university adheres to their chosen method, ignoring all other possible approaches.

One IU official with whom StateImpact spoke says this isn’t the way to assess anything.  He says most colleges try to track a students performance once they leave the university and enter the workforce.  This gives them a better ability to modify their teaching approach based on past student’s successes or failures.

DePauw University, with a total enrollment of just under 3,000 found itself in unusual company on the Princeton Review’s list of top party schools. The private school ranked 15th on the list… that’s one spot ahead of Indiana University.

We were actually going to follow this up with a month of in depth embedded party reporting, but then we realized that Greencastle, the home of Depauw University, contains three bars, two liquor stores, an Aldi and a Walmart Superstore.

University of California Berkeley did not make the Top 20 party school list.  An informal survey of the number bars located within a six block radius of the Berkeley campus revealed that there are literally too many to count.  We lost track somewhere in the upper 20s.  This isn’t even mentioning the enormous number of medical marijuana dispensaries in the area.