Education Week has an article which raises the question: how much control should schools have over a student’s internet identity? Should schools be able to intervene when a child’s online activities outside of school interfere with another student or is that protected speech? 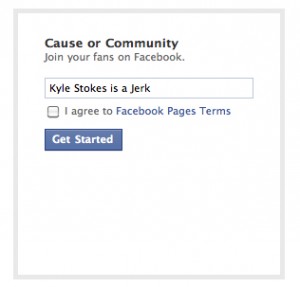 A federal appeals court on Wednesday upheld the school discipline of a student who allegedly bullied a classmate with an Internet page describing her as a “slut” with herpes.

“Such harassment and bullying is inappropriate and hurtful and … it must be taken seriously by school administrators in order to preserve an appropriate pedagogical environment,” said the unanimous opinion by a three-judge panel of the U.S. Court of Appeals for the 4th Circuit, in Richmond, Va.

The decision is one of several in recent months by federal appeals courts grappling with cases involving students who create Web pages ridiculing school administrators or fellow students. One court backed administrators in a case, while another largely sided with students.

The 4th Circuit case involves Kara Kowalski, who was disciplined for creating a MySpace page targeting another student at Musselman High School in Berkeley County, W.Va.

Interestingly, as Indiana’s cyberbullying law is currently worded it is perfectly legal to set up websites that target a specific person.  The statute bans people from using the internet to send an offensive or profane message to someone, but establishing a website does not necessarily involve directly communicating with the target.

This may be the result of how the legislation was written.  Lawmakers essentially added internet communication to an existing bill which regulated harassment using telephones, telegrams, and CB radios.  All of these means of communication require a specific sender and receiver.  One person makes the call and another receives the call.

But the internet doesn’t work that way.  A website is created.  Then it sits there waiting to seen.  If it is promoted, then it may come to the attention of the person it was intended to insult.  However, it might not.

Many other state’s have laws specifically allowing schools to monitor and regulate internet communication between students in all of its forms.  Whether that be via email or through the creation of a website.  As it now stands, Indiana does not.