“I’m not trying to say anything. Saying is not the only way to make meaning in the world.”
— visual artist Arthur Jafa

Welcome to the Poets Weave. I'm Romayne Rubinas Dorsey. Austin, what poems have you brought for us today?

The scene isn’t too hard for us to see: a short

on cassette and blasting. Her car a metaphor

for a horse, a Mustang, that she’s maintained

for at least three years now. Brooke has too much

denim on and a light green jacket that

tells us it’s still autumn in Arkansas. The car

as street-ready as it will ever be, a steed

prepared for the kick from slow strut to gallop.

If we turn around, we can see her father emerge

by the driveway, making the walk from house

to shop, crossing the overgrown field

toward her as this image gives way to theater.

See him arrive and shout at the girl, his neck

seizing and straining out sounds that send Brooke

inside herself. We can’t quite make out his words

like a movie a mother watches with the door

closed, leaving only the schematics of its voices

for her sons to parse. Watch him finish and go

back home. Brooke remains. She sits inside the car

that she’s worked from junk into capable beast

and which she will see for the last time at 2am

some Friday soon, its brakes like a husband who

loses himself just at the moment he’s needed most.

We see her turn the music up a little. She looks out

to see a few birds flock to the shedding trees

that surround her family’s home.

She pulls her jacket close, the chill of night

beginning. And somewhere under the machine

everyone and their mother calls a horse, a leak.

As if disabused, he let the notion of ever leaving go.

Calm as a sea, finally, here, on the bed’s edge,

he waited for himself to arrive. Shadows grew up

along gray walls as he sat and evening

rang its bell outside the window. Cicadas talked.

Pinecones clattered on the ground. The boy

waited with the patience of a renovated cathedral.

He sat so that he might finally be filled

with himself, sat still so that when he arrived,

he’d see himself and not have to flag him down

with both arms waving in the air like somebody

stranded on an island trying to get the attention

of the first airplane in weeks. And so he waited.

Waiting proved uneasy though still. And he

did not weep for he would have had to wipe

the ensuing snot from his face and who knows

what would have happened next. And so weighing

the edge of the bed down, its old frame almost

buckling, slats like ribs holding a heart or lungs

which contracted, or exhaled, as the boy rose

at last with himself, himself holding himself

through this vigil, the visionary vigil of children

which ends the way a leak completes a boat:

one sputter at a time until the craft is overtaken.

In my dream, I give you a car to cross

that lonely little kiss of a border.

I brush your name on the fence

built to keep you out; illuminate

Yes, beneath this grid of second sight,

I meddle with your crossing,

label it one of our familial geneses.

Yes, let me guide you—

if only in the dream,

if only to see you arrive—home.

You've been listening to the poetry of Austin Araujo on the Poets Weave. I'm Romayne Rubinas Dorsey. 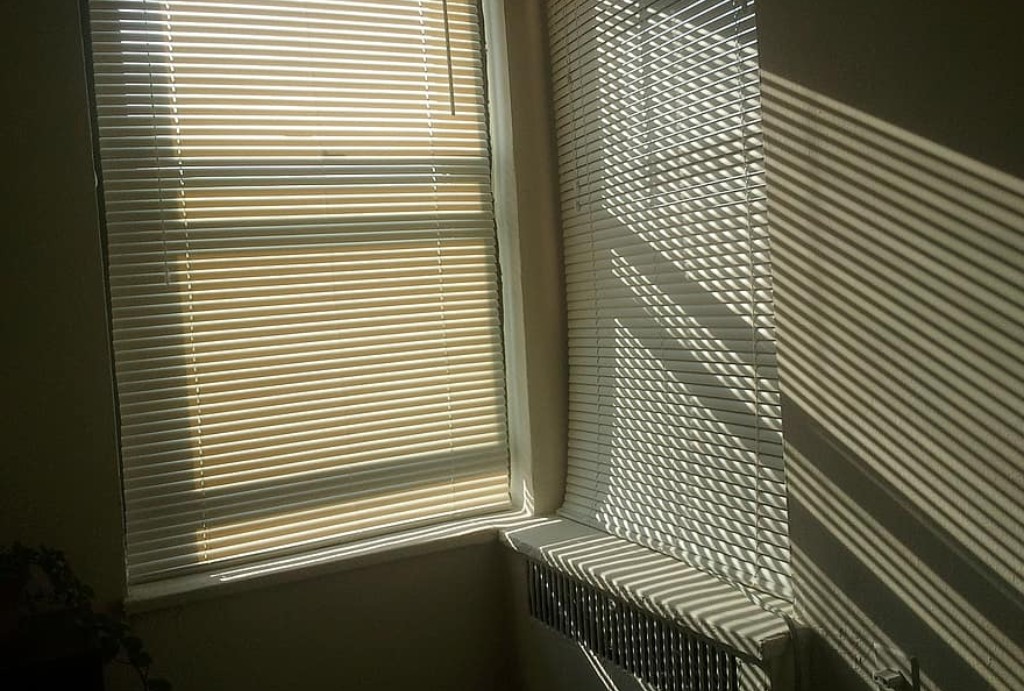 “I’m not trying to say anything. Saying is not the only way to make meaning in the world.”
— visual artist Arthur Jafa

On this edition of the Poets Weave, Austin reads "Within Earshot of 1991," "Patience," and "Aperture."