An I'm Sick of Race Poem

"It has spread into almost every aspect of my person, it is ingrained in every aspect of who I am. It's not something I can get rid of cause it's not something I chose for myself and it has an impact on EVERY part of my life, whether I want it to or no." - research participant discussing the role of race in her life, from the chapbook of poetry titled Slip and Score.
Torie DiMartile is a spoken word poet and a graduate student at Indiana University.
She has performed at the Bloomington Poetry Slam, runs an Instagram page where she educates others about race, identity and adoption and is a hoarder of poetry anthologies, old postcards and corny jokes.
Welcome to the Poets Weave. I'm Romayne Rubinas Dorsey. Torie, what poems have you brought for us today?

\Black Hole
"I have an ongoing fear, a belief, that white guys just aren't attracted to black girls."

sun roaring
him
glinting pink
him, sprawled out, tows and fingers
pinpoint stars
my hands his hands
a constellation I can't help
but weave myself into

I return to sixth-grade
self consciousness,
red-faced
I am tilting off orbit
in his Coriolis force

he becomes a canyon around me,
the pale white of his arms
my solar rings

I revolve in opposition

An I'm Sick of Race Poem


I lumber into bed, ten pages of analysis
fattening me up, plump and gorged.
I am sick of profound weighted things.
I want to write a scant poem
laughably gnawed to the bone,
marrow long dried.
I want to write a cheese puff poem,
neon residue,
a taffy poem that snaps back sweet
unassuming and fake.

I want to write an instant mashed potato poem -
2/3rds water, one cup dehydrated
industrial processed starch flakes.
Milk and honey and bottomless,
smooth to the tongue
and leaving you hungry.

I want to write a guilt-free,
skim-milk, dressing on the side poem.
No more heavy poems,
long bechamel sauce poems, twice baked,
three-course, French delicacy poems
leaving me burdened with the breadth
of the world, full of unanswered
questions and reflection
that lodge in my throat,
shoot down the wrong
pipe.

Inspired by Sonya Renee Taylor's poem The Body is Not an Apology. All italicized lines are from Taylor's poem.

her name is Sonya, mahogany poet woman
gold feathers hanging from ears
dress clinging to form
words tattooed to esophagus tongue and throat
rise
each syllable a drum
tiny fists beating air
how lovely in that skin that dress that body
she calls deity
poet woman sings these words:

how does she love her body not repenting?

when the world wants white and not brown
does she still love her body?

the body is not an apology

apologies are in my pores
sorry for not living on the black side of town
going to the white school
momma tried to find the color in the cracks
the books with African words
(the jungle cat turtle bird and snake traveling to Tondo)
all the hazelnut children on bookshelves
the Ruby Bridges movie, framed brown angels
Black Santa figurine
the "can we move to another neighborhood, please
I want her to grow up knowing kids who look like her"
Kids who look like her
I didn't have a friend that looked like me until I was 15
I can't stop saying sorry
racking brain for elementary school dust bunnies
can't remember the date Martin Luther King was shot
who was the first Black woman pilot? Betty? Was her name Betty?
momma tried to find the color in the cracks, but I still had cracks
she couldn't give me a life in color
sorry sorry sorry
no more apologies
my skin is neither hate nor emptiness nor waste
it is neither forgotten nor definitive
let it not be bottle caps or plastic bags or hang nails
let it not be soot or rocks or ash
my skin is neither a betrayal nor an allegiance
let it not be knife to divide let it not be membrane to peel
let it not be target nor vice
my skin is not an apology

You've been listening to the poetry of Torie DiMartile on the Poets Weave. I'm Romayne Rubinas Dorsey. 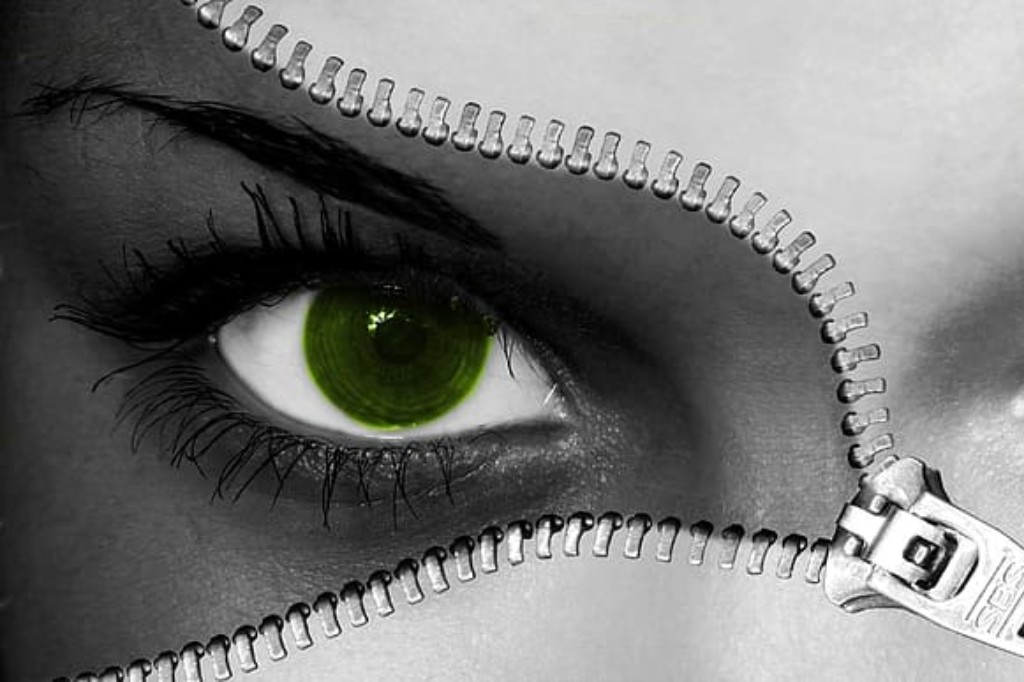 Torie DiMartile is a spoken word poet and a graduate student in Anthropology at Indiana University.

She has performed at the Bloomington Poetry Slam and self-published a chapbook called Slip and Score in 2014. She is a hoarder of poetry anthologies, old postcards and corny jokes.

Growing up as one of two adopted brown children and living in an Italian-American home in a small white Kentucky town, she formed a deep love for food, the outdoors and the liminal. Living life in between Black and White, her work honors the middle ground and the loneliness and resilience that can be found there.

She runs an Instagram page and a small business called Wreckage and Wonder where she educates white adoptive parents of Black and Brown children on how to cultivate and validate their children's racial identity.

On this edition of The Poets Weave, Torie reads "Black Hole," "An I'm Sick of Race Poem," and "No Apologies."